About the Nonfiction Authors Association

The mission for the Nonfiction Authors Association is to provide valuable education, resources, and a supportive community for authors of nonfiction books. Book publishing can be overwhelming and book marketing isn’t easy. With an ever-increasing number of book titles entering the market each year, it’s important to stay on top of industry trends, understand your options and keep your marketing wheels in motion. We are here to support you on the journey by providing you with solutions to shorten your learning curve and ultimately help you sell more books.

Membership options are available on a monthly or yearly basis and can be cancelled at any time. How many books do you need to sell to pay for your membership? Most authors need to sell just a few books each month to justify the cost of membership. Better yet, just one of our marketing tips could help you sell hundreds or even thousands of books! And that could pay for your membership for many years to come.

We are proud to offer our members a content-rich experience, with an abundance of educational resources and community support. From our podcast interviews, webinars and courses to templates, checklists and worksheets, we’ve got you covered.

If you have been struggling to write, publish, and promote your books, or you simply need some additional support, the NFAA community could be the best investment you make in your author career!

Cindy Snyder – Compiles weekly media leads and organizes the Author Advisor email that is sent out each Friday. 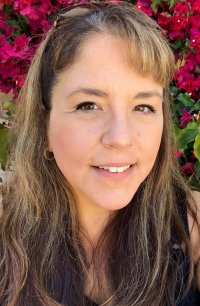 Welcome to the Nonfiction Authors Association. I’m Stephanie Chandler, your host on this journey. I have been marketing online since 2003 when I left my Silicon Valley software sales career behind and opened a 2,800 square-foot bookstore in Sacramento, California. When I opened that store, my big master plan was that I would sit in the back office and write novels. Yeah, I laugh a little when I think about it now. A few things happened along the way.

About six weeks after opening the store, I realized that I hated running a retail business. I felt like I was trapped in a cage all day. It turns out that owning a bookstore is not quite as romantic as you might think. 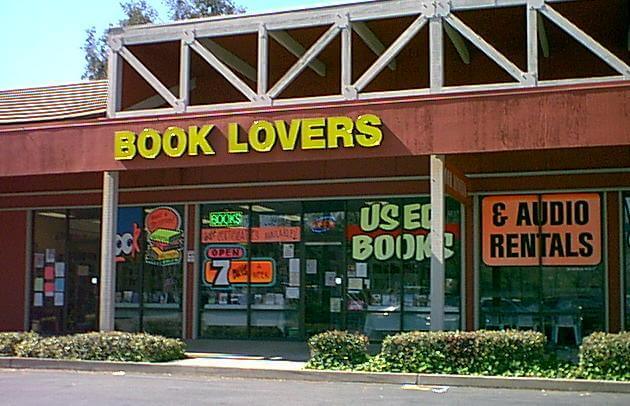 After forming a writer’s group and sharing my short stories, I was forced to face that fact that lacked the imagination to be a novelist, yet I knew in my gut that I was meant to write something. At the same time, the store was located in a strip mall with lousy street visibility. I had to learn marketing tactics quickly in order to help the business survive–and then thrive.

I began studying and implementing internet marketing techniques and saw an immediate impact on business in the store. While this was happening, my Silicon Valley friends were lamenting that they wished they had the courage to leave their jobs like I did. I was inspired by their frustration and wanted to help people understand that there could be life after corporate America. I decided that instead of writing The Great American Novel, I could write the books that I would want to read!

It turned out that writing business books came very easily to me. I finished my first manuscript for a business start-up book and decided to attend the San Francisco Writer’s Conference in 2005, where I had the opportunity to pitch the book to literary agents. Several weeks later my phone rang. It was Michael Larsen, literary agent and co-founder of the San Francisco Writer’s Conference. He told me that he liked what I was doing, but that nobody knew who I was. I needed to go out and build a platform. He said that I should be out speaking to thousands of people each year because publishers want authors with a built-in audience. That call changed my life.

Since I still had my Silicon Valley hangover and didn’t want to become a road warrior, I decided I would turn to the internet to build my platform and find an audience for my book. At that time I wanted to reach aspiring entrepreneurs so I launched a website targeted toward entrepreneurs. I began sharing articles and resources and soon noticed that the more content I added, the more traffic the site received. I was basically blogging before blogging was a thing. Back then I sent my first e-newsletter out to a whopping eight (8) subscribers. Today it goes out to thousands.

I was impatient with the traditional publishing process so I decided to self-publish. The Business Startup Checklist and Planning Guide was released in 2005. I listed the book for pre-sale on my site two months before it was in print, and it began selling immediately. That’s when I finally understood what Mike Larsen meant when he told me I needed to build a platform. I had built an audience willing to purchase my books!

After that, I decided I wanted to create and sell information products like ebooks (before ebooks were popular), workbooks, and special reports. I looked for a book on how to do it, but couldn’t find one. So I studied how other people were selling their products online and I began listing my own digital products for sale. They sold immediately; it was astonishing! 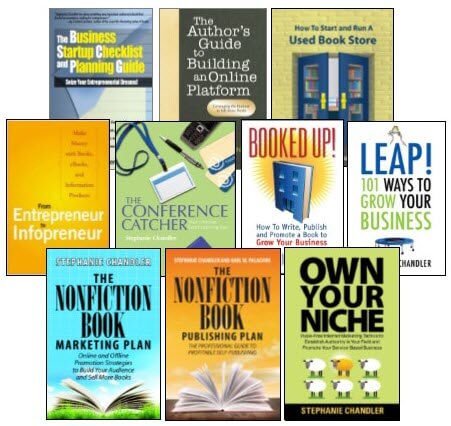 Next, I wrote a manuscript for a new book about how to create and sell information products. This time I was able to show that I had a high-traffic website and a growing mailing list. I sent the proposal to just two publishers. A month later I signed a contract with John Wiley and Sons for From Entrepreneur to Infopreneur: Make Money with Books, eBooks, and Information Products.

Things started to snowball after that book was released. I signed on with a literary agent and sold two more books to traditional publishers (The Author’s Guide to Building an Online Platform and LEAP! 101 Ways to Grow Your Business). I was also fielding a lot of inquiries for speaking and consulting. I discovered a whole new career I hadn’t planned on.

I sold the bookstore in 2007 and decided to focus full-time on my new-found speaking and consulting career. That year, I noticed a lot of people asking me for advice on how to get their book published. Inspired by the chance to help them do what I did, I launched Authority Publishing in 2008, specializing in custom publishing for nonfiction books.

The Nonfiction Writers Conference is Born

After speaking at dozens of writers’ conferences and events, I grew frustrated by the lack of attention paid to nonfiction writers. It seemed that fiction writers were getting all the glory at these events, and those of us writing nonfiction were largely ignored. As an experiment, I launched the Nonfiction Writer’s Conference in 2010—a virtual event featuring multiple speakers over three days. The conference was a hit, and as it grew each year, attendees kept asking how they could keep in touch after the event was over.

It took quite a bit of planning, but I finally launched the Nonfiction Authors Association in May 2013. This community has been a labor of love and has grown beyond any of my expectations. We continue to evolve each year, and many of our membership benefits are the direct result of listening to our author community and bringing the solutions you’ve asked for.

By the way, I’ve continued authoring books. In February 2012, my eighth book was released: Own Your Niche: Hype-Free Internet Marketing Tactics to Establish Authority in Your Field and Promote Your Service-Based Business.

The Nonfiction Book Marketing Plan: Online and Offline Promotion Strategies to Build Your Audience and Sell More Books was released in July 2013.

The Nonfiction Book Publishing Plan: The Professional Guide to Profitable Self-Publishing was released in September 2018.

My books have brought me corporate sponsorships, paid speaking opportunities, media coverage in Entrepreneur Magazine, BusinessWeek, Inc.com, Writer’s Digest, More Magazine, Wired Magazine, Sunrise 7 (Australia’s version of the Today Show), and many other outlets. I’ve also been a contributing blogger for Forbes and American Express Open. You can learn more about me and my books here.

Books have the ability to change the lives of readers and of the authors who create them. I am madly in love with writing, publishing, and promoting nonfiction books, and I’m passionate about helping others do the same. In fact, I believe this has become my purpose: Helping fellow authors reach bigger audiences with their world-changing books.

And so here we are with the Nonfiction Authors Association. I’m excited about continuing to cultivate a content-rich learning experience for our members. My goal is to create a sense of community and share resources that help you in your own journey.

Join me for the ride?

Need a speaker for your writers’ group, conference or event? Stephanie Chandler is available to speak in person or via webinar.

P.S. I’m also a single mom residing near Sacramento, California. My husband lost his battle with depression on October 31, 2013. I have since become an advocate for mental health services and I am on a mission to remove the stigma around depression and suicide. (So is NAMI – Check them out!)

Nearly everyone has been touched by depression at some point in their lives, whether by a family member or friend or through personal experience. And suicide is more common than you might think. It’s the 10th leading cause of death in the United States. It is the SECOND leading cause of death for ages 10 to 24, though it is most common in men ages 45 to 64. You can learn more about these staggering statistics here.

More needs to be done to help those who struggle and we need to be able to talk about these issues more openly. Thank you for your support!