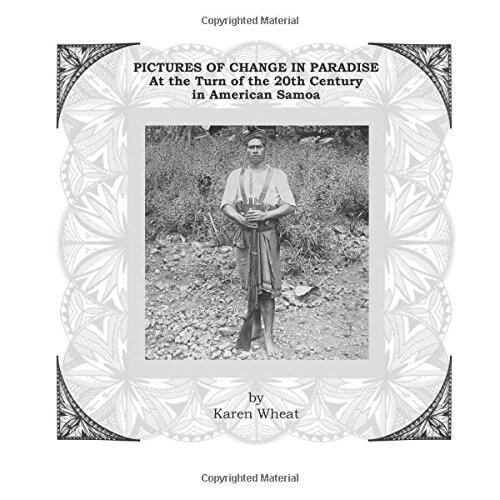 A recovered family photo album showcases the early days of American Samoa under a naval administration from 1907 to 1913.

Wheat’s debut collection is a passionate combination of the personal and historical, culminating in her investigations into a family album of 52 black-and-white photographs and tales of an “Uncle Dwyer” who spent time in the American Samoa islands. Uncle Dwyer was in fact Joseph L. Dwyer, secretary to the commandant in American Samoa (among other titles) in the early 1900s. He worked closely and respectfully with the Samoan people in the early days of the U.S. territory. Along with Wheat’s own thorough yet not overwhelming research, these restored and cleaned images—collected but not taken by Dwyer—present a rare look at a civilization before tremendous change. Samoan chiefs appeared in an amalgamation of native and colonial fashions, their beautiful daughters adorned with handmade jewelry of soapberry and pandanus fruit. Traditional toa warriors still received full-body tattoos to signify rank, only to be contrasted with the Western dress assigned to locals in the Navy-established Fitafita Guard. Despite their age, the black-and-white photos and accompanying captions beautifully depict the Samoan people, figures of interest, dress, activities, and their breathtaking tropical homes. The book provides a concise primer of the islands’ history before the territory’s creation, detailing the natives’ origins, their roles as warriors and sailors, the eventual arrival of Western missionaries, and the warring for the area between the German, British, and American forces. The author comments little on the effects of colonialism, offering only the history, to accentuate but not co-opt the photos with editorializing. Some will find the collection somewhat conservative in the history it chooses to share, yet ultimately that is part of its charm, making this enticing snapshot an excellent starting point for those readers it grabs.

A simple, uniquely intimate gateway resource into the early history of American Samoa as well as the influences of colonialism. Kirkus Reviews 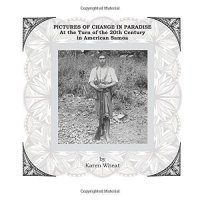 Karen Wheat lives in Grand Haven, Michigan, with her husband Richard Meads. She is the mother of four adult children and grandmother to seven grandchildren and a graduate of Northwood University with a degree in Executive Secretarial Science. She has travelled to American Samoa numerous times, interviewing the people living there concerning the photos, researching and taking part in cultural events, and happily living in the village of Leone for extended periods of time. In an indigenous Samoan art class at American Samoa Community College taught by Reggie Meredith she learned about the fine art of siapo (tapa design), Samoan mat making, and Samoan pottery.

It is her hope that the photographs in this book will facilitate the preservation of the fine art of siapo, the weaving of fine mats, siva dancing and music, traditional oratory skills, the kava ceremony, and the patriotism of all those who serve in the United States military. Four of the buildings in the Dwyer Collection are listed in the National Register of Historic Places. She is grateful to have had this meaningful cultural experience and this opportunity to share it. Karen can be contacted at: https://www.picturesofchangeinparadise.com 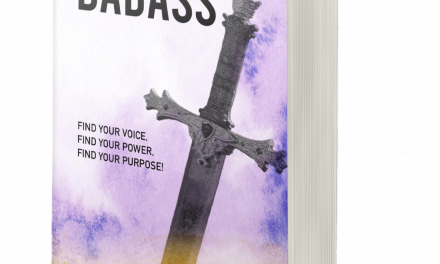 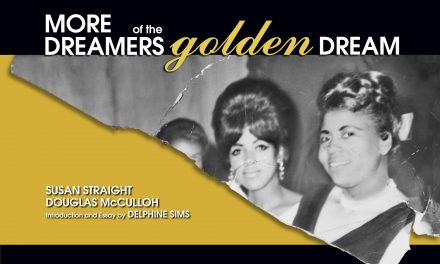 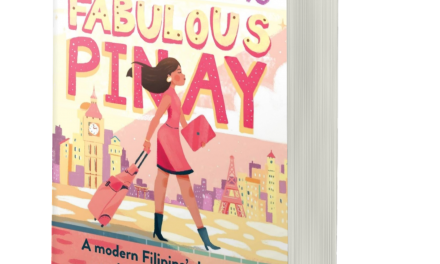 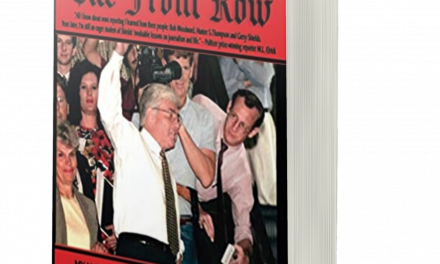