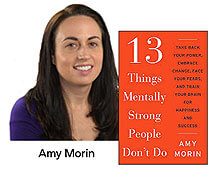 This is a guest post by Roger C. Parker

I’d like to introduce you to Amy Morin, author of 13 Things Mentally Strong People Don’t Do.

At Published & Profitable, during the last 8 years, I’ve interviewed over 150 published nonfiction authors. But, none has touched me as much as the story of Amy Morin’s almost overnight transition from “blogger for hire” to “bestselling author.”

Amy’s story is one of mission-based writing and following up on opportunities. (BTW, she responded to my request to interview within an hour of receiving my emailed invitation.) In our recent interview, which I invite you to freely download or listen to, Amy provides a detailed timeline that begins with her explanation of why she created the list, and extends to how her book has changed her life.

Listening to the interview, pay particular attention to not only how her initial post went viral, but also her candid description her strategy for writing her book.

In Amy Morin’s own words

As a prelude to listening to our recorded interview, I encourage you to visit Amy Morin’s website, which contains numerous videos and resources.

In addition, Amy has given me her permission for me to reprint an earlier article she wrote, 600 Words that Changed my Life, which appears below. Prepare to be inspired and “imagine the possibilities:” (And, be sure to note her Content is King conclusion.)

When my sister-in-law sent me a message that read, “I’ve seen your article in three different places today,” the magnitude of what was happening began to sink in. She attached three screenshots that showed my article’s reach. The first screenshot displayed people in a vegan forum discussing how mental strength is a necessary part of their community. The second screenshot revealed a reprint of my article on her employer’s Facebook page. The third screenshot showed actress Juliette Lewis had tweeted it along with the words, “Love this.” It was at that moment that I realized my article had gone viral.

Within hours of publishing 13 Things Mentally Strong People Don’t Do, it began spreading across social media like wildfire. One of the hundreds of thousands of social media shares landed it in front of fellow contributor, Cheryl Conner (whom I didn’t know at the time nor did I write for Forbes). Cheryl chose to share may list – along with her commentary about the importance of mental strength in the entrepreneurial world – in an article titled “Mentally Strong People: 13 Things Mentally Avoid.” Incredibly, that article also attracted millions of readers within a matter of weeks. And exactly one year later, it’s just shy of 10 million views.

The viral firestorm led to some life changing opportunities for me in the past year. Here are 13 things I experienced when millions of people read my list:

1. I got a book deal. The viral nature of my article landed it in front of some influential people. Within two weeks, I received a phone call from a literary agent who wanted to talk about the possibility of a book. Things moved quickly and  about a month later I signed a book deal with William Morrow, an imprint of HarperCollins. I’d always wanted to write a book “someday” but that one article turned my dream into a reality fast.

2. Celebrities shared my article. It’s always fun to see interesting people share my articles on social media and sometimes, there’s the occasional celebrity or sports figure who will reach out to say hello. But, the amount of buzz that article received from top influencers was incredible. Actors, sports figures, CEOs, musicians, and many well-known names spread the word at lightning speed.

3. My online article began making offline news. Glenn Beck discussed my article on his radio show and a few days later Rush Limbaugh shared my list with his listeners. Requests from the media began to come in and I discussed mental strength on several national TV programs.

4. I received new income generating opportunities. For several years, freelance writing and speaking engagements have contributed to a regular portion of my income. But soon after the article gained popularity, new offers poured into my inbox and I had the freedom to be selective in determining which opportunities I wanted to pursue.

5. People shared my content in many different forms. People from around the world began making videos, posters, and other visual aids about the “13 things.” Some people created spin-offs while others created  new articles on the same topic. It was fascinating to see so many people talking about mental strength and adding their interpretations to my material.

6. People sent me free stuff. I began receiving some interesting – and random  – items in the mail. I received anything from food to books to cough drops. Some of the items were perks that arrived because the flurry of social media activity had increased my Klout score. Other items appeared when businesses and PR firms chose to send me their products.

7. My message reached a global audience. My article was translated into dozens of languages and I received requests to reprint my article in magazines in Brazil, Taiwan, and Greece. My forthcoming book has also received international interest. At last count, it was slated to be published in 19 languages.

8. People reached out to me for help. My inbox became flooded with requests as my article spread. While some people wanted to know the “secret” behind making an article go viral, others wanted advice on how to build mental strength. The sheer volume of emails was overwhelming, but the response affirmed how many people were hungry for more information.

9. My content was included in presentations. I began hearing from people who were sharing the “13 things” at conferences and workshops. I also discovered that leadership expert and bestselling author, John Maxwell, created a video about my article, which he gave away as a free gift when he reached one million Facebook fans.

10. Readers shared their reactions with me. While some people made it clear they didn’t agree with my ideas, others expressed gratitude. (In a strange twist,  I even received two marriage proposals from strangers via email). All in all, it was fascinating to gain so much feedback from people.

11. I got requests for my autograph. Previously, a request for my signature had always involved some sort of legal form. So the first time someone asked for my autograph, it took a moment to register that someone was interested in my signature without any type of financial transaction taking place.

12. People shared their stories of mental strength. Incredibly resilient people volunteered to tell me their stories. Some of them emailed me, while others approached me after conferences to tell me how they’d overcome adversity. There have also been a few people I’ve sought out after hearing their inspirational stories from others. I feel honored and inspired each time people choose to share their experiences with me.

13. I agreed to share my story. As a psychotherapist, I’m used to listening to people talk about their stories – not sharing my own. Although my life’s story has never been a secret, I don’t tend to strike up a conversation by saying, “Hello, my name is Amy and I was widowed at age 26.” The losses I endured however, contributed to my passion for mental strength. With some encouragement, I’m sharing the whole story behind my article in my book.

Our inboxes, Facebook pages, and Twitter feeds are filled with newsworthy headlines and attention-grabbing photos every day. It’s led many bloggers, writers, and business to question whether adding more content to this overcrowded space is really worth the effort.

Although the sheer volume of headlines that overcrowd our newsfeeds may seem like information overload, there’s always a chance your content will rise to the top. People are hungry for information and if you create content that resonates with them, they’ll respond by sharing it.

Plenty of websites offer tips about how to make your content go viral, but if I had followed that advice, I don’t think I would have been successful. Instead of trying to use SEO tricks that would appeal to search engines, I focused on spreading a message that I feel passionate about.

Amy Morin is now a regular Forbes contributor on the psychological aspects of business.

More important, Cheryl Snapp Conner, who brought Amy’s original post to the attention of millions, has recently updated Amy’s story, Can You Create A Viral Message On Purpose? (I’ll be interviewing Cheryl on my next Published & Profitable interview.)

Could this happen to you?

Share you comments and takeaways from Amy Morin’s success below. What would it take for you to create a blog post that goes viral? Are you prepared to act if it does? 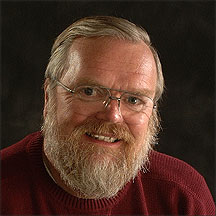 About Roger C. Parker. Before you start to write and self-publish a book, download a free copy of Roger’s workbook, 99 Questions to Ask Yourself Before You Write and Self-publish a Brand-building Book. You’ll also receive free notification of upcoming author interviews.

If you like this blog post, you’ll love our Blogging Essentials Course! Learn more about our courses for authors here. 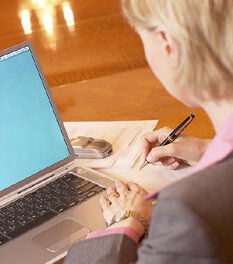 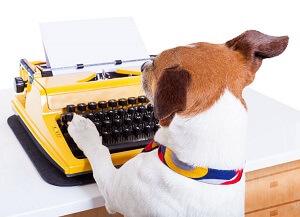 Watch for These Unneeded Wobbly Words by Barbara McNichol 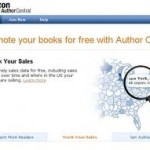 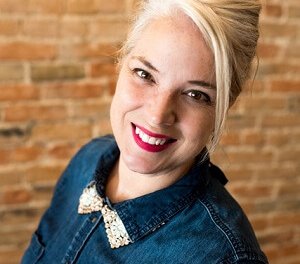 Teleseminar: Dana Bowman – How to Leverage Blogging to Grow Your Platform