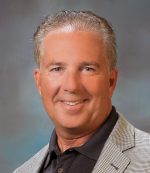 Genre
Authors
Most Recent Book Title
Red November
Book Description
W. Craig Reed, a former navy diver and fast-attack submariner, provides a riveting portrayal of the secret underwater struggle between the US and the USSR in Red November. A spellbinding true-life adventure in the bestselling tradition of Blind Man’s Bluff, it reveals previously undisclosed details about the most dangerous, daring, and decorated missions of the Cold War, earning raves from New York Times bestselling authors David Morrell, who calls it, “palpably gripping,” and James Rollins, who says, “If Tom Clancy had turned The Hunt for Red October into a nonfiction thriller, Red November might be the result.”
Additional Book Titles
The Eagle and the Snake
DNA
Tarzan, My Father
Website #1
http://www.wcraigreed.com
Location (city/state/country)
Escondido, CA
Author bio
William Craig Reed is the author of the non-fiction book Red November: Inside the Secret U.S. – Soviet Submarine War (HarperCollins, 2010) and The Eagle and the Snake: A SEAL Team Six Interactive Thriller. Reed is also the co-author of Tarzan, My Father with the late Johnny Weissmuller, Jr. Reed served as a U.S. Navy diver, submarine weapons technician, and espionage photographer for special operations aboard nuclear fast-attack submarines. Reed earned commendations for completing secret missions during the Cold War, several in concert with Navy SEAL teams, and is the only author invited by the U.S. Navy to observe recent ICEX operations in the Arctic. Reed is an alumnus or member of numerous military, veteran, and technology associations that allows him to reach an audience of millions.