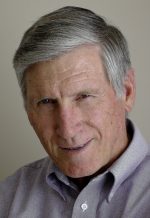 Genre
Authors
Most Recent Book Title
Really Inside Mormonism: Confessions of a Mere Latter-day Christian
Book Description
As a faithful lifelong member of The Church of Jesus Christ of Latter-day Saints Robert has seen and heard many mis-conceptions about and misrepresentations of his faith. This book is meant to set the record straight about what Mormons really believe and why they are truly Christian beliefs. Although at odds with some of the teachings of "traditional" or "orthodox" flavors of Christianity, "Mormonism" is fully aligned with what the New Testament and First Century Christians believed. Want to know how? Take a look!
Location (city/state/country)
Riverton, Utah
Author bio
Robert Starling was born and raised in the Bible Belt in Columbus, Georgia. He was educated at Georgia Tech and Brigham Young University, and served as an LDS Spanish-speaking missionary in California and Arizona. He has enjoyed a 40+ year career in film and television production as a writer, producer, and director. He has lived and worked in Georgia, California and Utah. His major passions are his family, his church, writing, and working with Scouts.
Professional Speaker Topics
Mormonism and Christianity, Book of Mormon Archaeology, Scouting, the Shroud of Turin, Film and Television production.
Favorite Quote or Personal Motto

"Seek ye first the kingdom of God and His righteousness, and all these things will be added unto you." (Matt. 6:33)