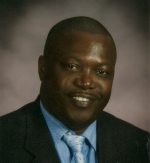 Genre
Authors
Most Recent Book Title
Sierra Leone Policy Papers: Perspectives on Social Innovation and Change in Sierra Leone
Book Description
Everyone has the right of freedom of opinion and expression; this right includes freedom to hold opinions without interference and to seek, receive and impart information and ideas through any media and regardless of frontiers.

Article 19 of the Universal Declaration of Human Rights

By the time of the presidential and parliamentary elections in Sierra Leone of September 2007, I had been working on this series of essays for over a year. It had become almost a lecture series for me, a self-imposed project I had called the Sierra Leone Policy Papers. It was as if God had provided an opportunity to design a program in research policy just when the country needed it most. Another reason I found this process so satisfying was that it was not simply the flaccid activity of transcribing daily political events: it became a scholarly pursuit. The goal of eventually putting together an anthology of essays forced me to consider my ideas more deeply, to challenge them in my own mind.

Throughout this anthology, I seek to demonstrate the effectiveness of the lessons I have learned from my masters and doctoral journeys with hard evidence of what is wrong with Sierra Leone. I believe in proof more than theories, results more than rhetoric, so my essays are about the leadership and governance challenges in Sierra Leone as also well depicted in local and international reports. For instance, in the years the Sierra Leone People’s Party leader Tejan Kabbah was president, his government had stood incapable in the face of patent corruption in his government and has been unable to address the inefficiencies of his cabinet ministers. Similar analyses have been made in a number of essays for the current presidency of Ernest Koroma. How these analyses were made is detailed in the sections that follow. Dominating the analyses made in these essays, the hopelessness and despair of the people of Sierra Leone was well documented. A literal sign of the country’s malaise was the dreary images of poverty and joblessness of the Sierra Leonean people extensively reported by the media. On the pages of the New People newspaper online, for instance, images of out-of-control violence, joblessness, crumbling infrastructure, and a pervasive dread of the future are deliberately displayed to discredit the A.P.C ruling administration. Freetown city is portrayed as the criminal and wretched capital of world, a city that had seen its worst days and held no hope for recovery. The allAfrica.com story—‘How prepared is Sierra Leone to combat recent swine flu’—went on to report that Freetown, interestingly a place that still bears its colonial name is a peninsular that stretches from Up-Gun to Congo Cross a distance of not more than twenty miles but remains the most congested and over-populated piece of habitat in the world. It also does fail to meet every definition of a modern city, with little or no electricity, no running water or proper sewage, terrible infrastructure with healthcare for the poor almost non-existent (allAfrica.com, 2009).
.
.

Some of the concepts in this anthology of essays are entirely mine—drawn from my thoughts and life-long learning experience. Those who influenced me, and to them I am grateful—everyone from my parents (Beatrice Sinah Kamara and late Samuel Bassie Kamara), my favorite high school teachers (Anthony Kamara, Snr.; Ernest Bai Koroma (current president of Sierra Leone) and Edward “Eddie Vee” Dumbuya) to my lecturers at Fourah Bay College (Prof. Cyril P. Foray and Dr. Abu Bakarr Kargbo); my educators at the University of Phoenix—Colorado Campus (Michael Smith, Bob Hadfield, and Thomas Jemison) and my faculty mentors at Walden University (Dr. Frances Goldman, Dr. Aquiel Ahmad, Dr. Godwin Igein, and Dr. Danielle Wright-Babb)—all contributed valuable elements to my creativity and interest in development ideas. I would also like to thank John Randolph Zapor (himself author of three books) for his intellectual assistance in this and other projects. Despite our short acquaintance, John Zapor gave me a feeling for creative writing that has affected my own research and the contents and spirit of this book which he has helped to edit and, in many ways, fine tune.

Other concepts are ideas developed from academic theory that have never been tested in a laboratory as complicated as Sierra Leone. For instance, the idea of prison work camps (labor blocks) theory of crime-fighting as experimented in America with roots since the 1800s when inmates even worked for private companies, and was more than just breaking rocks, thus, creating the wonderful network of roads that crisscrossed America today, convinced me that if such camps can be introduced in Sierra Leone for those eventually convicted of corruption crimes after the due process would greatly reduce all corruption crimes, including major felonies; and help build roads and bridges, dig trenches for underground water pipes, collect garbage, and build low cost houses.

Succeeding leaders in Sierra Leone should not be above using good ideas that originate from places one might not expect them to theirs. The N.P.R.C. military junta, for instance, implemented a program called “Cleaning Saturday” which used one day in the month for a national cleaning program. It was a good idea, and one expects subsequent leaders to have expanded it considering the country’s acute sanitation challenges, the benefits, therefore, such a program generates, cannot just be ignored.
.
.

Many of the signs of Sierra Leone’s extraordinary development problems emerged from the leadership of Siaka Stevens in the late 1960s and early 1970s. One was the emergence of the corrupting reward-yourself-philosophy that has today become the national culture which is always about enhancing the personal wealth of public servants, and not to serve the public interest. The next 32 essays in this anthology form the heart of the book, in which I analyze the many development problems of Sierra Leone, corroborating my analyses from local newspapers and country reports. The goal, however, is to present development ideas and initiatives that could lead to the recovery of Sierra Leone.
.
.

I have given some thought to this crucial question why the leaders of Sierra Leone are demonstrably reluctant to do what is good for the nation. After all, Sierra Leone is their country and they have a natural obligation to make it a special place, and to serve truthfully. Sierra Leone, the land of the free and the home of the nationalists, this very special place that is so blessed with natural abundance—should be the idealized vision leaders should carry, and even romanticizing it so that they can give truthfully to their country and to work hard to make the country better, fairer and prosperous for the greater good. The test of one’s “Sierra Leoneanism” should not be one’s personal aggrandizement; the test is how much one believed in Sierra Leone—because love of Sierra Leone should be like a religion, a secular religion. I hope this anthology of ideas will therefore rekindle Sierra Leoneans’ belief in political democracy and the essence of nationhood that Sierra Leoneans are one people, and they are everyone.
.
Additional Book Titles
An Interdisciplinary Primer in African Studies: This book addresses the troubling dearth of knowledge that many American undergraduate students have about Africa. Many scholars with research interest in Africa are caught by surprise at the superficial knowledge that students bring to their classrooms; it is a knowledge base that is bereft of an insightful analytical framework of the pertinent issues just as it is deprived of a well-informed historical context of the events. There is no mistaking of the import the mass media and neighborhood folklore in shaping the students' perception about the realities of Africa's developments. Mitigating these effects requires access to a college-level introductory textbook on Africa covering a gamut of themes that are germane to the contemporary realities of the continent. It is a textbook that does not romanticize Africa, but addresses the persistent stereotypes that characterize issues about the region. The book does so in two significant ways. First, it offers a refreshing examination of African issues from an afrocentric perspective. This allows the writers to present issues from which they have practical experience, and for the reader to examine them from insider scholarship. Second, it provides an opportunity for scholars and readers to analyze the issues from an interdisciplinary perspective.
.
.

Interdisciplinarity is a testament that issues are complex and no single discipline can sufficiently address them. A combination of these two approaches ensures that the book does not develop into a limited and parochial view of issues. The themes covered in the book include: disciplinary perspectives in African studies, ethnocentricism in teaching human geography of Africa, and topics of geography, religion and spirituality, mathematics, psychology, government and public policy, the transformation of higher education, rural development, communication and socio-economic development, culture and decision making styles all as they relate to Africa.

We now accept the fact that learning is a lifelong process of keeping abreast of change. And the most pressing task is to teach people how to learn.
- Peter Drucker