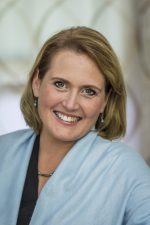 Genre
Authors
Most Recent Book Title
Master of Deceit
Book Description
Retired Army Intelligence Capt. John Donald Cody spent more than a decade on top-secret missions to protect national security before anyone really knew he was. And then, they knew him for the wrong reasons. The FBI wanted him for espionage, the U.S. Marshals for fraud. And the IRS wanted him for filing fake tax returns. He stayed one fake identity ahead of authorities for more than 20 years.

Federal agents believed he was hiding abroad. In 2008, though, officials had to look no further than the White House. Using a fake ID and a stolen identity, Cody was welcomed not just to the White House, but into the Oval Office. Cody had been hiding in plain sight under the name Bobby Thompson.

Donations convinced Republicans leaders that Thompson was an official with the U.S. Navy Veterans Association and that the group was one of the nation’s largest veteran groups in the country.

Like Thompson, the association, its board of directors and its members were fake. The only thing that was real was Americans had donated more than $100 million for what they thought was going to veterans and Thompson used the money to consort with Republican leaders like President George W. Bush.

Cody claimed he had been working with the CIA and that both he and his organization were supported by the federal government. His allegations were only glossed over at trial, but his claims weren’t all a lie.

Master of Deceit is the untold story about the spy and the scam. It is a nonfiction narrative that takes the reader through Cody’s training, how he became Bobby Thompson and the manhunt that ultimately nabbed him. More importantly, it is an unbelievable, yet true story about how money and politics trumped national security at the expense of U.S. veterans.

It is a story that attracted attention nationally as Cody was prosecuted in Ohio. Former Ohio Attorney General Richard Cordray called it the “Bernie Madoff of charity scams,” but it may have been more apropos to say John Donald Cody is one of the nation’s most formidable con artists of all time.