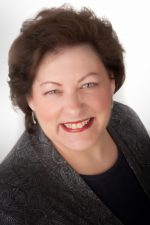 Genre
Authors
Most Recent Book Title
Your Amazing Itty Bitty Book Of Astrology: 15 Key Questions People Ask About Astrology
Book Description
I answer questions many astrology skeptics ask such as:
What's the difference between Astrology and Astronomy?
Why should I believe in Astrology?
What can Astrology do for me?
Why did the Church prohibit Astrology?
Website #1
http://www.carolpilkington.com
Website #2
http://www.awareandconscious.com
Blog
http://www.carolpilkington.com/blog
Amazon Page
https://www.amazon.com/Carol-Pilkington/e/B01A5UI8US
Location (city/state/country)
Granada Hills, CA
Author bio
There is nothing like direct experience to inform you if something is real or not. Carol Pilkington's first experience with astrology was hit and miss accuracy, as the person who had done her astrology chart never met her or asked her any questions. That did not put her off. Years later she would be introduced to a teacher of Astrology and Metaphysics and embark on a journey that would guide her in answering questions of about her own nature that could not be answered in conventional ways. The answers that Carol received moved her so deeply that it put her on a path of discovery and self-knowing. She realized how astrology combined with other complimentary modalities and practices can help people shift perspective and understanding of not only who they are as individuals but how they fit into the bigger picture of what it means to be human both at a micro and macro level.

Carol has received and been nominated for numerous awards such as Mentor of the Year, Women Who Make a Difference through the Los Angeles Business Journal, has received two awards from two separate United States Presidents ( Bill Clinton and Barack Obama) for her service to community.
Professional Speaker Topics
The Importance of Completing Cycles of Action
Favorite Quote or Personal Motto

"Free will is doing gladly that which I must do." ~ Carl Jung