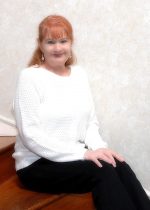 Genre
Authors
Most Recent Book Title
Bristol boyz Stomp
Book Description
‘ROAD RAGE’ is what all the news shows and newspaper’s called it. To me, that sounded like a disease, an affliction that can make you kill. A sorry excuse to take the claw end of a hammer and pound it repeatedly into the skull of another human being.

In April of 1999, my younger brother, David, passed away. Doesn’t passed away sound so gentle, even normal? David’s death was neither, it was brutal murder.

This book is the true story of the random murder of my brother. The youngest of five. I am the oldest. We were the book ends.

You will meet and fall in love with David, the victim. He was a handsome soft spoken gentle giant with a great musical talent. He was also a husband and Daddy.

The reader will agonize with the family as they spend seventy-two-hours in the intensive care unit watching Dave slip away. They prayed for miracles and discussed organ donation while still trying to figure out exactly what happened that night.

The family will take you along on their frustrating journey navigating the justice system and learning to deal with the media.

You will become infuriated with the judge, the evil skirt and sneaker wearing district attorney who was only interested in winning an election, the defense lawyers and the murderer’s families lack of empathy or compassion.

The reader will agonize with the author as she struggles to share her story of grief, depression and defeat.

A painfully gripping, honest detail that will leave readers inspired to hug everyone you love and forever looking in the rearview mirror...
Additional Book Titles
Sophie, The Stranger in my Recliner (2014)
The Father's Pain (late 2014)
Website #1
http://www.doreenmcgettigan.com
Blog
http://www.doreenmcgettigan.com
Amazon Page
http://www.amazon.com/Doreen-M.-McGettigan/e/B007BJ8G4U/ref=ntt_dp_epwbk_0
Facebook
http://www.facebook.com/pages/Bristol-boyzStomp/113804488656243
Twitter
http://www.twitter.com/doreenb8
YouTube
http://youtu.be/_6ApR_tV63Y
Location (city/state/country)
Philadelphia, Pa. USA
Author bio
When Doreen’s brother was murdered, she was shattered. She dove head first into working; writing and learning. Anything to keep herself from feeling or dealing with her loss and the complete unraveling of her family. Doreen was fortunate enough to come in contact with some very special people at the Network of Victim Assistance. She joined a Homicide Survivors Group and then became active in the state of Pennsylvania’s largest and most comprehensive victim service organization, NOVA, as an advocate, board member and speaker. She has become a voice for those affected by violence and bullying. She has also become a champion for the elderly; who sometimes have trouble admitting they have been victimized.

Doreen has written for several Philadelphia area newspapers, is a member and board member of The Press Club, the Chamber of Commerce and several Writers Groups including “Hot Pens” in Newtown Square, Pa.

She is a freelance and ghost writer.

The author lives in Delaware County,Pa. with her husband, John and two yappy dogs. They have 5 children and 13 grandchildren. Their lives are not boring!
Professional Speaker Topics
Road Rage

These change daily. I collect quotes...

Don't judge each day by the harvest you reap but by the seeds that you plant.
Robert Louis Stevenson