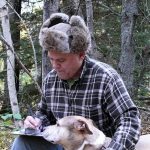 Paul Eastman, a small-town Wisconsin boy turned P-40 fighter pilot, lands in the jungles of Assam and Burma in 1943. Lt. Eastman's compelling story, gleaned from his diary and letters home and illustrated with his personal photos, provides unique insights into the realities of combat life and death, punctuated by love and concern for the wife he left behind. Author Walt Shiel skillfully interleaves an informative history of the broader war into Eastman's personal accounts.

Eastman evolves from an innocent abroad to a fatalistic combat veteran -- through missions that careen from mundane to adrenalin-fueled in a single heartbeat and through the humor, revelry, camaraderie, fatigue, and death that surround daily life. And through the "soul-numbing terror" of being shot down behind enemy lines. Like warriors before and after him, Eastman's war does not end after his 20 months of combat. After a decade of struggling to adapt, he finally takes his own life in a poignant episode that could be lifted from today's headlines.

Read Eastman's story, then give thanks to the veterans, past and present, who fight and die to preserve our freedoms.

'Rough War': Finalist, 2012 USA Best Book Awards and 2012 Next Generation Indie Book Awards!
Additional Book Titles
* T-41 Mescalero: The Military Cessna 172
* Cessna Warbirds: A Detailed and Personal History of Cessna's Involvement in the Armed Forces
* Once a Knight: A Novel of Aerial Combat & Romance in World War I
* Devil In The North Woods: A Novel Based On The 1908 Metz, Michigan, Wildfire
* Pilots and Normal People: Short Stories from a Different Attitude
* Rather Shorts: Six Short Tales of Crime in a Small Texas Town
* Flights Beyond Forever: Five Short Stories from the Mystical, Magical Side of Aviation
* Reflections: Short Stories about Life and Its Obstacles
Website #1
Walt Shiel - military aviation history, long & short fiction
Website #2
Walt's books
Blog
Writing From the Woods
Amazon Page
Walt Shiel on Amazon
Twitter
https://twitter.com/waltshiel
Location (city/state/country)
Michigan's Upper Peninsula
Author bio
WALT SHIEL started school on Guam during the Korean War, graduated from high school in France during the Vietnam War, and has had four distinct careers: Air Force pilot, telecommunications engineer, defense industry engineer, and full-time writer. As an engineer, he worked on the B-2, F-22, F-35, and F-16 aircraft programs. He has written military aviation history books, historical novels, eclectic short stories, dozens of published magazine articles, and two monthly aviation columns. He and his child bride have been married for 44+ years and now live in the back woods of Michigan's Upper Peninsula surrounded by deer, wolves, bears, and a plethora of smaller critters.
Favorite Quote or Personal Motto

"Live never to be ashamed if anything you do or say is published around the world -- even if what is published is not true." - Richard Bach (Illusions)