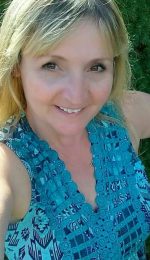 Genre
Authors
Most Recent Book Title
You Are Enough (2022) / UnMasked (2017)
Book Description
You Are Enough is a photobook of 9 women who have faced adversity in their lifetime and have overcome it. They defeated issues with self-esteem, anxiety, depression, mental health, infertility, illness, crisis, disabilities, and body image to become independent, stronger, and more confident women.

Society and social networking platforms show us beautiful photographs of what we should look like and what we could look like if we use the right products, followed the right diet, exercise daily, and use the right products. They tell us that we, too, could be supermodels and be worthy of love, acceptance, and value but even by following a vigorous routine we somehow still fall short. Due to issues such as low self-esteem, lack of confidence in ourselves, and poor body image, we are made to feel unworthy and unloved when in fact the image they are selling us is unrealistic without proper lighting, filters, photoshopping, and excess plastic surgery.

In this book, each woman shares their story, along with raw, unedited photographs taken by the photographer and the owner of CJ Photography, Cynthia Harkinson. They have chosen to tell their story and use unedited photographs to show they are beautiful and they are enough, just as they are in true form without society's interpretation of what they should be through photoshopping and filters. Each of these women knows they are enough just as they are and you, too, are enough, just as you are.

You Are Enough was published by Donna M. Kshir and Lee Cougardawn Roberts of Northern Books.


As an advocate people tend to forget there is more to us than meets the eye. We are husbands, wives, parents, grandparents, aunts, uncles, sisters and brothers. Although advocacy is never ending, at the end of the day, we too go home to our loved ones.

After a decade of working with some of the top influential advocates in the country, we proposed the question,

"What is something in your life people would not really know?"

The goal was to unmask each advocate, as an individual, in a personal light with their family, friends and loved ones; allowing the public to see for the first time the individual behind the mask of an advocate.

Now, join us and share the personal stories and discover the extraordinary lives of the men and women who protect and serve our most precious.

'UnMasked' is available in 3 limited edition covers and eBook formats. ALL proceeds go to abused children and homeless organizations!

Website #1
http://donnakshir.weebly.com/
Website #2
http://www.lulu.com/spotlight/kshirandpotter
Blog
http://instagram.com/donnakshir
Amazon Page
https://www.amazon.com/Donna-M.-Kshir/e/B0047J94EI
Facebook
https://www.facebook.com/northernbooks
Twitter
https://twitter.com/donnakshir
Pinterest
https://www.pinterest.com/donnakshir/
YouTube
https://www.youtube.com/user/donnakshir
Location (city/state/country)
Pennsylvania
Author bio
Donna M. Kshir is a 16x bestselling author, publisher and columnist featured in over 50 books. She is a writer who seeks truth and justice for children exposed to abuse. She speaks out and writes against these injustices done onto children. Donna's work has landed her on the Barnes and Nobles, and Amazon's bestsellers list multiple times.

Donna is an activist. She and her best friend and sister advocate Lee Roberts founded Advocates United for Humanity in June 2016. Donna used her influence in the growth of gaining national support (serving as president) for Michigan nonprofit Dreamcatchers for Abused Children from April 1, 2008 - February 13, 2015. On January 1, 2009, Donna created, produced and hosted Dreamcatchers Talk Radio; Michigan's largest 24 hour child abuse internet radio educational network until she resigned in 2015. She also used her influence in the growth of gaining national support for Conner's Law, making child abuse by murder a violent crime in Kentucky. Donna received a Letter of Recommendation from Conner's mother, Mashanna Bachuss, on December 5, 2019. She united with Erin's Law in 2013, a member of the Nonfiction Authors Association, received the NNPAAW Award in 2012, 2013, 2014, 2016, and a 2016 and 2018, 2019 nominee of the Pinnacle Awards and the 2019 Diamond Quill Lifetime Achievement Award recipient.

In 2014, she created and mentors the Chapman Wordweavers creative writing group, and in the Fall of 2015, Donna created a series of children's books with her grandchildren, and a historical series titled, Renovo Storytellers where she shares short stories by those who lived it; in her home town nestled in the endless mountains of Pennsylvania.

On November 18, 2020 Donna and Lee Roberts served as Co-Editor to honor her dear friend Stephen Miller, who passed away unexpectedly on 02-11-2020, and his first release Waterfalls and Cascades of the Pennsylvania Wilds. The photo book reached the Amazon's Top 100 in Photography and Travel in January/February 2021.

Donna, Lee Roberts and Laurie Ann Smith's program ‘Real Talk’ on AU4H RADIO began being broadcast on iHeart Radio podcasts in March 2021. Donna and Roberts' did a second season in 2022 without Smith.

On July 22, 2021 Advocates United for Humanity introduced a petition to make the Central Registery public. Their goal is to have PA State Representative Stephanie Borowicz sponsor the amendment and present it to the House and Senate. Donna and Lee Roberts first introduced this amendment in 2015 following the passing of Conner's Law. In January 2022, Donna was featured in a book by S. Justice, available at Lulu.com and Amazon.com, for her work with Conner's Law - Kentucky. As of August 2022, Donna and bestfriend Lee Cougardawn Roberts have 5 podcasts; Real Talk on AU4H Radio, The Daily with Donna, Two Nanas at Noon, I am Renovo and the B-Hive with Glenie B.

Donna writes under several pen names and advocates for those in need. Her most recent penname, Gladys Caroline, is to pay tribute to her late maternal grandmother. A woman who truly impacted her life. She has spent much of her life dedicated to giving back to her community. Donna has volunteered her time and talents with various non-profit organizations over her lifetime, animal rights, volunteered at her children's schools and gives of herself as she is able with God guiding her journey, as her health allows. When she's not writing, she enjoys a quiet, laid back lifestyle with her husband Roger and her family!!

*Donna is an Ambassador for various companies, organizations and products.

Be kind always!! You never know what someone is going through! One smile may change or save someone's life!!