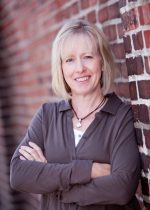 His murder is one of many that has occurred in a county in which citizens are living among at least twenty assassins for hire. Less than two months after the marshal’s death, four men who have been arrested for his murder are lynched by a mob of citizens. In the middle of the night on April 19, 1909, the mob breaks into the jailhouse in Ada, overpowers the deputies on duty, and binds the prisoners’ hands with baling wire. They then lead the accused to an abandoned livery stable and hang each one from the rafters. Unable to rely upon justice through the government and the court system, the mob takes on the role as judge, jury, and executioner.

If ever there a case deserving of vigilante justice … this is it.
Website #1
http://citizensandassassins.com
Blog
http://citizensandassassins.com/blog/
Amazon Page
http://www.amazon.com/Citizens-Assassins-Murder-Vigilante-Justice/dp/0989355012/ref=sr_1_1?s=books&ie=UTF8&qid=1382898518&sr=1-1&keywords=Julie+Peavey+Alexander
Facebook
https://www.facebook.com/juliealexander.01
Twitter
https://twitter.com/jpeaveywriter
Pinterest
http://www.pinterest.com/julesone/
Location (city/state/country)
Wichita, KS, U.S.
Author bio
Julie Peavey Alexander was born and raised in the heart of Kansas, though her family roots lie deep in the hills of Oklahoma. This book, her first book, was written due to her passion for the land on which her father was raised and the history of the great state of Oklahoma. Julie worked for trial attorneys for twenty years, first as a legal secretary and later as a legal assistant. She has three beautiful children and continues to reside in Kansas with her loving husband and hyperactive German Shepherd.
Favorite Quote or Personal Motto

"To be yourself in a world that is constantly trying to make you something else is the greatest accomplishment."