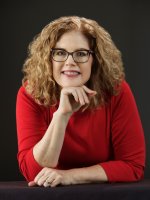 Genre
Authors
Most Recent Book Title
Henry - A Polish Swimmer’s True Story of Friendship from Auschwitz to America
Book Description
When Katrina Shawver met the eighty-five year old Henry Zguda, he possessed an exceptional memory, a surprising cache of original documents and photos, and a knack for meeting the right people at the right time. His stories of arrest in Kraków, near-death in Auschwitz and Buchenwald, and ultimate triumph tell a narrative that has been overlooked and calls out to be told – that of millions of ordinary Poles caught in the deadly vise between Germany and Russia. Henry’s path of resiliency and the power of connection are as relevant today, as they were in World War II. Expect to cry at Henry’s tragedy, laugh at his wry humor, and find inspiration in his signature optimism voiced by this quote “Hope was the only incurable disease of Auschwitz.”
Website #1
katrinashawver.com
Blog
Katrina's Blog
Amazon Page
Buy the Book!
LinkedIn
Katrina Shawver
Facebook
Read Katrina Shawver
Twitter
@KatrinaShawver
YouTube
Book Trailer - HENRY: A Polish Swimmer's True Story of Friendship from Auschwitz to America
Location (city/state/country)
Phoenix/AZ/USA
Author bio
Katrina Shawver is an experienced writer, blogger, speaker, and the author of Henry – A Polish Swimmer’s True Story of Friendship from Auschwitz to America, an adult nonfiction biography released in 2017. She holds a B.A. from the University of Arizona in English/Political Science, and began her writing career more than twenty years ago by writing hundreds of newspaper columns for The Arizona Republic. Her favorite quote is ”What would you attempt to do if you knew you could not fail?” She lives in Phoenix, Arizona with her husband Rick. Visit katrinashawver.com where she blogs regularly.
Professional Speaker Topics
World War II - Germany and Poland
Writing Someone Else's Story - Achieving Credibility
Honoring History by Capturing Memories
Favorite Quote or Personal Motto

What would you attempt to do if you knew you could not fail?