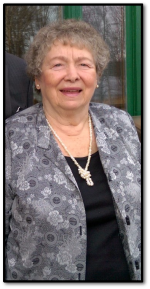 Genre
Authors
Most Recent Book Title
Martha and Eva
Book Description
Martha and Eva is a heartfelt and vivid story, weaving together the memories and experiences of a mother and daughter. Their voices recall the treatment put upon them and document their life before and after WWII. You will hear of the wonderful life they had in Schlesien (now Poland) and the fear and deprivation that they experienced – when they became German refugees. More than 3.1 million refugees were mass transported out of Schlesien and into Germany, and more than 400,000 lost their lives during this expulsion.
In 1990 Martha died leaving her memoir for her daughter Eva. It was written in the old German (pre-Hitler) script, translated into German, and then ultimately translated into English by her daughter. Eva, only 10 when WWII ended, added her memories to Martha's. They recall their personal struggles and hardships as German refugees — being ripped from their beloved country, Schlesien.
Amazon Page
Martha and Eva on AMAZON
Facebook
Eva Martha Baker on Facebook
Location (city/state/country)
Wasilla, Alaska
Author bio
Eva Baker is a naturalized U.S. Citizen. After becoming a refugee in Germany following WWII, she finished school in Munich and then married a G.I. She moved to California first and then settled in Alaska. She began raising their four children and then divorced her first husband. Later, she married a second time and together, she and John finished raising their combined 7 children. She worked for 22-plus years as an Activity Assistant and nursing home aide. Her second husband died in 1990, while she was still working for the Pioneers Home. There she met and eventually married her third husband David, whom she is happily married to now for over 15 years. She enjoys her leisure time visiting with friends, traveling, and going to concerts.
Professional Speaker Topics
World War II Nazi Germany
Polish and Russian Occupation
German Refugee Life
Favorite Quote or Personal Motto

"This cannot beat the other place. We have to bring him here!"

"In six weeks it will be soon."

"Can you install it for me?" Upon receiving her new Fitbit watch.

"You always excuse me." (Meaning blame me)