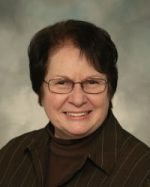 Genre
Authors
Most Recent Book Title
I Cared For You, Mom and Dad
Book Description
An inspiring an riveting story of adventure. This is one woman’s story of taking care of her parents for 4-1/2 years. The first 2-1/2 years she drove them around Canada, western United States, Arizona, Texas and back to their home in Iowa in a Suburban pulling a 32’ trailer. The last 2 years they stayed at home because her father couldn’t travel any longer. He kept having strokes and her mother had Alzheimer’s Disease.
Website #1
http://www.icaredforyou.net
Author bio
Sitting at home that Thursday night, I was wondering what to do with the rest of my life. Both my children were married, and I was free to do what I wanted, rather than what was needed. I enjoyed every minute with my children, but it was time to move forward. That’s when I received a phone call that would be the start of four and a half of the most rewarding years of my life.

My cat and I were able to board the plane in Des Moines , Iowa , Friday morning around 6:15 , arriving in Phoenix early that afternoon. Dad recovered, but I had to make some decisions about my parent’s future. I decided that I would do my best to make it possible for Mom and Dad to continue living their life the way they wanted as long as possible, then I would take care of them until they died. The first two and a half years I lived the life of a retired person (and caregiver as Dad had more strokes and Mom had Alzheimer's). Iowa in the spring and fall, Canada in the summer, Arizona and Texas in the winter, and other places in route. When not in Iowa , we lived in a 32’ travel trailer which I pulled with Dad’s Suburban. Then, the last two years we spent at home in Iowa because my parents were unable to travel.

Dad was 94 and Mom was 90 when they died.
Mom died in June, then the next May Dad died.

We had some wonderful times together and some traumatic times together, but overall it was extremely rewarding for all three of us. I hope my story will encourage those of you that are taking care of your parents, and give some insight to the rest of you.