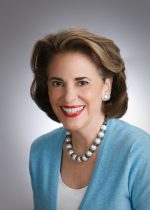 Genre
Authors, Speaker
Most Recent Book Title
The Telling Image
Book Description
How do humans make sense of the world? In answer to this timeless question, award winning documentary filmmaker, Lois Farfel Stark, takes the reader on a remarkable journey from tribal ceremonies in Liberia and the pyramids in Egypt, to the gravity-defying architecture of modern China. Drawing on her experience as a global explorer, Stark unveils a crucial, hidden key to understanding the universe: Shape itself.

The Telling Image is a stunning synthesis of civilization’s changing mindsets, a brilliantly original perspective urging you to re-envision history not as a story of kings and wars but through the lens of shape. In this sweeping tour through time, Stark takes us from migratory humans, who imitated a web in round-thatched huts and stone circles, to the urban ladder of pyramids and skyscrapers, organized by hierarchy and measurements, to today’s world of interconnected networks.

In The Telling Image Stark reveals how buildings, behaviors, and beliefs reflect humans’ search for pattern and meaning. We can read the past and glimpse the future by watching when shapes shift. Stark’s beautifully illustrated book asks of all its readers: See what you think.
Website #1
http://www.loisfstark.com
Blog
http://www.loisfstark.com/blog/
Amazon Page
https://www.amazon.com/Telling-Image-Shapes-Changing-Times/dp/162634471X/ref=sr_1_1?ie=UTF8&qid=1505925942&sr=8-1&keywords=the+telling+image+lois+stark
LinkedIn
https://www.linkedin.com/in/lois-f-stark-049490b9/
Facebook
https://www.facebook.com/loisfstark/
Twitter
https://twitter.com/LoisFStark
YouTube
https://youtu.be/gPMJAWnxlW4
Location (city/state/country)
Houston, Texas
Author bio
Lois Farfel Stark
download.png
Lois Farfel Stark is an Emmy Award-winning producer, documentary filmmaker, and author. During her distinguished career she produced and wrote over forty documentaries on architecture, medical research, wilderness protection, artists, and social issues. With NBC News, she covered Abu Dhabi’s catapult to the 20th century, the British withdrawal from the Persian Gulf, Cuba ten years after their revolution, the Israeli Air Force in the Six Day War, Northern Ireland during its time of religious conflict, and Liberia’s social split.

Along with an Emmy, Lois is also the recipient of two CINE Gold awards, two Gold Awards from the International Film Festival of the Americas, the Matrix Award from Women In Communications, the American Bar Association Silver Gavel Award, and the Silver Award from the Texas Broadcasting Association.

In civic life she has served as trustee or director of Sarah Lawrence College, the Alley Theatre, Texas Children’s Hospital, St. John’s School, the Harry Ransom Center, Federal Reserve Board of Dallas Small Business Committee, Texas Commission on the Arts, Humanities Texas, the Joseph Campbell Foundation, and Harvard Kennedy School Women’s Leadership Board. She was elected to the American Leadership Forum, the Center for Houston’s Future, and the Philosophical Society of Texas. She graduated Sarah Lawrence College and has two Master of Art degrees, in Education and Communication.

Her years of film-making stimulated her interest in how what we see shapes what we think. We are accustomed to history being told as a story of kings and wars. It can also be seen by looking at the shape of shelters, social systems, and sacred sites.
Professional Speaker Topics
Lois Stark’s presentations explore how shape cues us to understand
changing times. Lois has spoken to business leaders, architects, women's
organizations, artists, doctors, management consultants, and institutes
exploring shifts in consciousness.
The shapes highlighted in the book can be adapted to specific audiences:
for healthcare Lois addresses the tension between computation and
compassion; for women’s groups Lois accents how web heroine solutions
differ from ladder hero solutions; in management arenas Lois shows how
to spot emerging shapes; for art, spirituality, and consciousness groups Lois
explores how pattern and the unpredictable coexist, how creativity enters
the world, and how disruptions evolve to new shapes.
Favorite Quote or Personal Motto

"Our prism can become our prison."