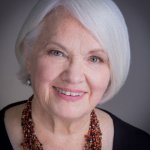 Genre
Authors
Most Recent Book Title
In the Shadow of the Dragon's Back: A Young American Girl in South Africa during the Early Years of Apartheid
Book Description
Part memoir, part coming-of-age story, the book illustrates the complexity of contradictions: the sunny, British colonial childhood shadowed by the ever-growing menace of apartheid, the South African government's institutionalized racism. Each chapter in the family's story is followed by an example of the Acts of Apartheid, supported with articles, interviews and commentary from the time. One of six children of a Swedenborgian minister who was sent to establish a theological school for Africans, the author returned to the US as a teenager. It was then that she learned the truth about apartheid.
Website #1
http://www.RachelLongstaff.com
Amazon Page
https://www.amazon.com/author/rachellongstaff
Facebook
http://fb.me/dragonsback44
Location (city/state/country)
Land O Lakes, FL. (Tampa area)
Author bio
Rachel Longstaff spent her childhood in South Africa (1948-1960), where she lived with her family in the city of Durban on the east coast of KwaZulu Natal. She has a degree in English from Northwestern University and an MS in Library and Information Science from Drexel University in Philadelphia. She has worked as an academic librarian for almost twenty years, first at the Swedenborg Library in Bryn Athyn, Pennsylvania, and later at Saint Leo University in Florida. She and her husband, Alan, have four grown children. They have lived in The Hague, in Toronto, and in the suburbs of Philadelphia. Now retired, Rachel enjoys reading, writing, cycling, and gardening.
Favorite Quote or Personal Motto

I you keep a green bough in your heart, a singing bird will come. -- Chinese proverb