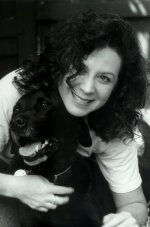 Website #1
http://www.getitwriteeditorial.com
Amazon Page
https://smile.amazon.com/Ruth-Strother/e/B001JP8I2C/ref=sr_ntt_srch_lnk_1?qid=1512762504&sr=8-1
LinkedIn
https://www.linkedin.com/in/ruthstrother/
Location (city/state/country)
California
Author bio
Books inform, transport, excite, and add humor and drama to a reader’s life. For me, there is nothing better than a good book. So it’s no wonder I ended up making books my career. My other loves are nature and animals. I’ve been fortunate to be able to combine these passions over my nearly thirty years of working in the publishing industry.

My story begins in Minneapolis, Minnesota, at the Lerner Publishing Group, which publishes children’s books for the school, library, and trade markets. I worked my way up to senior science editor, combining my love of books and animals for the first time.

After a lifetime of barely making it through the Minnesota winters, I was lured to Southern California by an offer to help launch the book division of BowTie Press, owned by the publisher of Dog Fancy, Cat Fancy, and Horse Illustrated magazines, among others. A few years later, I started a freelance business, Get It Write Editorial Services, editing for publishers, packagers, and independent authors.

Along with my editorial work, I’ve written and ghostwritten over 25 books. Some of my books have earned awards and accolades, one of which is B is for Blue Planet: An Earth Science Alphabet, which was chosen as an NSTA/CBC Outstanding Science Trade Book for Children in 2012.

I specialize in children’s nonfiction books, especially those about animals, nature, and science, but I have extensive experience editing and writing biographies, how-to books, spiritual books, memoirs, academic books, fiction, and more, for adults as well as for children. If it’s a book, I can edit it.

My skills encompass all aspects of book publishing, including acquisitions; concept development; substantive, line, and copy editing; writing, art direction; and production direction. I bring a passion and love of words and publishing to all projects that cross my desk.