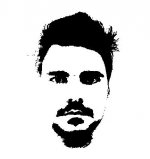 Genre
Authors
Most Recent Book Title
Perché non sono vegano. Le ragioni di un libero pensatore
Book Description
An essay, published by Delos Digital, in which the author explains his reasons for non-vegan from an atheistic and rationalist perspective.
Additional Book Titles
Una mente senza Dio (novel), La mia amica atea (story), and other books on atheism, rationalism and social criticism.
Website #1
unamentesenzadio.blogspot.
Amazon Page
www.amazon.it/Francesco
Facebook
www.facebook.com/francescoavellascrittoreateo
Author bio
Francesco Avella was born in 1989 in Italy
A lone wolf who has always preferred the company of a book to that of noisy and superficial people.
According to the MBTI psychometric test his personality is INTJ.
Atheist activist enrolled in the Bright Movement, considers religion the opium of peoples and writes books to defend reason from irrational beliefs.
When he does not write for activism, he devotes himself to more commercial works that he publishes under various pseudonyms and writes for others as a ghostwriter.
Favorite Quote or Personal Motto

"I'm an atheist.
I'm not neutral about religion, I'm hostile to it.
I think it is a positively bad idea, not just a false one.
And I mean not just organized religion, but religious belief itself."
(Christopher Hitchens)