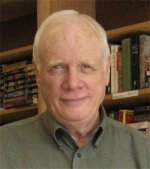 Genre
Authors
Most Recent Book Title
The Heart of Islam, Pride, Purpose, Loyalty
Book Description
Nearly all Muslims are peaceful; they may perform required rituals but do not wage jihad or fight for world domination as their faith dictates. Free societies should welcome these peaceful Muslims into their communities with kindness and respect.

Truly devout Muslims, "Islamists," carry out Islam's edict to fight until Islam reigns supreme. Most are taught from an early age that Muslims are superior to non-Muslims morally, ethically, intellectually and physically. They learn the only sure way to Paradise is to kill or be killed while fighting in the Cause of Allah; otherwise they must wait until Judgment Day for Allah to weigh their good deeds against their bad deeds and decide their eternal fate. Five times each day they pray that Allah will keep them on the straight path (Islam) and not the path of those who angered Allah (Jews) or the path of those who have gone astray (Christians).

Islamists are succeeding in their quest to establish Islam as the dominant religion throughout the world, and this is a very real threat to the peace and prosperity of every free nation.

Resisting the spread of Islam while at the same time welcoming peaceful Muslims into communities would isolate violent Islamic jihadists, and would encourage uncommitted Muslims to abandon Islam altogether.
Additional Book Titles
Islam, An Informed Christian Reveals the Truth
Website #1
http://m.stephenblanton.com
Amazon Page
https://www.amazon.com/s/ref=nb_sb_noss?url=search-alias%3Dstripbooks&field-keywords=stephen+blanton&rh=n%3A283155%2Ck%3Astephen+blanton
Twitter
http://@stephenblanton
Location (city/state/country)
Fredericksburg, Virginia, USA
Author bio
STEPHEN BLANTON is a recognized expert on Islam. In the seventies he lived and worked with hundreds of Muslims in Indonesia. They welcomed him, traveled with him, introduced him to their families and discussed their faith with him. Some became close friends.

Twenty-five years later, terrorists attacked the World Trade Center and the Pentagon. Blanton did not believe the attackers could possibly be Muslim until television news showed victory celebrations in the “Cause of Allah.” Recalling his Indonesian friends, he could not rest until he understood what motivated the 9/11 mass murderers. News reports were contradictory, government press releases were shallow, and internet sources were biased to the extreme. Determined, Blanton worked tirelessly to learn the truth. He studied three translations of the Qur’an and categorized each verse as to whether it encouraged violent jihad, agreed with Biblical accounts, maligned Jews and Christians, or simply espoused Islamic principles. He read and reread hundreds of books on Islam. He spent more than 12,000 hours in research, analysis and verification. Ex-Muslims and missionaries to Islamic countries agreed with his methods and conclusions and insisted he publish.

Since 2011 Blanton has broadcast a weekly segment on Islam for the WakeUp We the People radio program. Visit toginet.com for podcasts

Blanton earned a degree from the University of Maryland and served as senior director in major corporations. He lived and worked in Asia and Europe for sixteen years. He currently lives with his wife Elizabeth in northern Virginia. They have four children, ten grandchildren and four great grandchildren.
Professional Speaker Topics
Beliefs, history and practices of Islam
Favorite Quote or Personal Motto

"The right to search for truth implies also a duty; one must not conceal any part of what one has recognized as truth."
Albert Einstein (1879-1955)