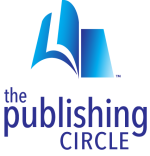 Genre
Authors, Publishing Industry Professionals, Speaker
Website #1
http://www.ThePublishingCircle.com
LinkedIn
Linda Stirling
Facebook
ThePublishingCircle
Twitter
http://@PublisherLinda
Pinterest
PublisherLinda
YouTube
ThePublishingCircle
Author bio
Linda Stirling’s heart is in helping every writer she works with achieve his or her dreams. She recently helped author Lorena Angell take her series to an average of 60 sales per day from its previous 6 per day; sell her work in 47 countries; and rank alongside authors such as Stephen King, and George R.R. Martin of Game of Thrones success. Stirling also got the series optioned for film and television. The 13-year-old nonfiction work of author Stephanie Frank (The Accidental Millionaire), went from relatively obscurity to become an international bestselling success under Stirling’s tutelage. Linda often tells her authors, "It doesn't matter how well you write, if no one can find your books. Don’t let your work fall into the black hole of oblivion." Her publishing house, The Publishing Circle, is described as “embracing a new paradigm in publishing" because it gives writers ongoing visibility, so they can entertain, motivate, educate, or inspire others. The higher royalties, and ongoing book marketing are among other distinct differences. She works with writers to help them create long-term, life-affecting income from their books and the opportunities that can arise from being an author.

Stirling’s background includes managing major metropolitan newspapers and magazines, running three publishing companies, and raising millions of dollars in sponsorships. As a speaker, she has shared the platform with notables such as Guy Kawasaki, Jeneth Blackert, Colin Tipping, and Harrison Klein and has addressed several Fortune 500 companies. She is an international bestselling author of 54 books.

To connect with her, go to www.ThePublishingCircle.com.
Professional Speaker Topics
Publishing in Today's Market
How Author's Win With Publishing
Publishing: Changing Times
Questions to Ask Before You Publish
Favorite Quote or Personal Motto

"In all you do, BE the blessing." Linda Stirling