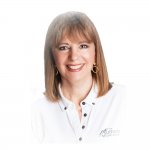 Genre
Publishing Industry Professionals, Speaker
Website #1
http://www.theauthorsshow.com
Website #2
http://www.giveabookgetasmile.com
LinkedIn
https://www.linkedin.com/in/theauthorsshow/
Facebook
https://www.facebook.com/theauthorsshow/
Twitter
https://twitter.com/TheAuthorsShow
Pinterest
https://www.pinterest.com/theauthorsshow/
YouTube
https://www.youtube.com/theauthorsshowbookmarketing
Location (city/state/country)
Scottsdale, AZ
Author bio
A pioneer in podcasting within the publishing industry, Danielle Hampson created “The Authors Show” - a professional author interview podcast - many years before Internet streaming radio/TV and podcasting became popular. In 12+ years of production more than 4000 authors from around the world have been processed through her show. Danielle is an accomplished talk show personality and a public speaker on multiple topics. She has conducted many workshops at conferences organized by various organizations, including the Phoenix Writers Club, Florida Authors & Publishers Association, Readers Favorite, Scottsdale Society of Women Writers, SIAS International University in China where she also received a Leadership Award in 2017, the AZ Department of Education and the Girls Scouts. Previously, as an International Business & Marketing Consultant speaking several languages, she traveled the world assisting small and large U.S. & foreign corporations establish a foothold on both sides of the Atlantic and the Pacific. As the founder & facilitator of a business networking organization with multiple chapters across various states, she has helped thousands of entrepreneurs develop and improved their business networking skills, and for several years she served on the Advisory Business Education Council of the Arizona Department of Education. To give back to society she volunteers as Director of Media Relations for World Academy for the Future of Women, an advanced leadership program designed to accelerate women’s leadership worldwide, and she leverages the show’s following to promote “Give a Book Get a Smile” a children literacy initiative she developed to benefit local underprivileged communities.
Professional Speaker Topics
“New Media Book Marketing in the 21st Century”
“Networking Done the Right Way!”