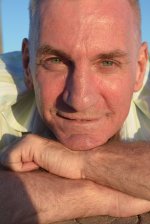 Genre
Authors
Most Recent Book Title
Double Bubble - Inside Britain's Prisons
Book Description
Double Bubble is the third book of 'The Chemsex Trilogy', and details what can happen to you after a period of continuous Chem fuelled sex parties, when you finally find yourself to the windward of the law. Prison in any case is a frightening experience, but for a gay man it's terrifying. This book gives a first hand account of life inside Her Majesty's Prisons, at a time when the British Government's policy on all crime is to Lock em up at any cost. It discusses issues such as deaths in custody, gangs, violence, deportation, corruption and drugs. It also chronicles the current state of apathy and lack of interest by prison employees, their lack of training and general intelligence in dealing with the symptoms, not the problems, and offers insight into coping strategies by prisoners in a broken system. Abject waste and innefficiency are rife right across the organisation, particularly given the current policy of budget cuts and staff shortages in this era of austerity, and the tax-payer and government are blissfully unaware. Indeed this book shows that the British Penal system is but a small microcosm of British Society, and these issues are indicative of a far wider ranging set of problems within a Backward looking country in general.
Additional Book Titles
Chasing the Dragon, Candy Flipping, Tales for My travels
Website #1
https://www.cameronyorke.com
Blog
https://www.cameronyorke.com/blog
Amazon Page
www.amazon.com/author/cameronyorke
LinkedIn
https://www.linkedin.com/in/cameronyorke/
Facebook
https://business.facebook.com/cameronyorkebooks/?ref=your_pages
Twitter
https://twitter.com/CamYorkeBooks
Pinterest
https://www.pinterest.es/cameronyorke/
YouTube
https://www.youtube.com/channel/UCADr8slGfKCs4rJsQwOCziQ?view_as=subscriber
Location (city/state/country)
Maspalomas, Gran Canaria, Spain
Author bio
I grew up in New Zealand, but ran away to find fame and fortune at the age of 19 and have lived abroad ever since, working as a Freelance Journalist for the past 14 years. My main loves are food, wine, travel and fashion, and this is mainly what I write about, although I have been known to stray occasionally! I've reviewed most of the top restaurants in the world, writing for international travel and lifestyle magazines worldwide, and some have said I'm bloody good at it! I've travelled extensively, and lived in many amazing countries before moving to Britain in 2005, where I've written, presented and produced documentaries, television series and short films.
​
My books are mainly of a memoir and self help genre, or travel and lifestyle, but all are based on personal experience. I'm a keen activist for gay rights, along with prison reform and rehabilitation, and have founded a charity to support victims of drugs and the chemsex culture, funded by the proceeds of my books.

I'm currently single - Bloody hard to live with, set in my ways ,and incredibly selfish! I'm a dedicated Europhile, am trying hard to be Euro-trash, and divide my time between my homes in New Zealand, Andora, Cyprus and Monaco.
Professional Speaker Topics
Success in the face of aversity, Coping mechanisms for beating Depression.
Favorite Quote or Personal Motto

The man who makes no mistakes, does not usually make anything. E.L. Phelps