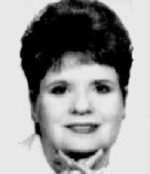 Genre
Authors
Most Recent Book Title
Billy Kidman: The Shooting Star
Book Description
Billy Kidman carved out a career as one of World Championship Wrestling’s and World Wrestling Entertainment’s most exciting cruiserweights. A solid in-ring worker for little over a decade, he enjoyed success as a multiple-time cruiserweight and tag team champion during the 1990‘s and early 2000‘s.

Kidman wrestled for several American and overseas independent promotions after being released from WWE and then became a trainer and occasional wrestler for Florida Championship Wrestling (now NXT). Now retired from the ring, he works as a producer at WWE events in the Gorilla Position.

Billy Kidman: The Shooting Star contains updated and some never before revealed information behind the story of an underrated and underappreciated talent who achieved success in several aspects of the wrestling business before age 40.

One of her freelance articles, An Overview of Causes of Hearing Loss and Deafness, was bought by Internet Broadcasting Systems, a company that co-produced NBCOlympics.com for the 2004 Summer Olympics in Athens and the 2006 Torino Winter Olympics in addition to being the leading provider of Web sites, content and advertising revenue solutions to the largest and most successful media companies.

In addition to her acclaimed novels in The Cruiserweight Series among works of both fiction and nonfiction, Ms. Carrington hosts The L. Anne Carrington Show on Spreaker Radio. She spends time between Pittsburgh, PA and Tampa, FL, continuing to write.
Favorite Quote or Personal Motto

Pennsylvania born, Pittsburgher by the grace of God.