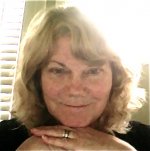 Genre
Authors, Publishing Industry Professionals
Most Recent Book Title
Roadmaps for the Sexually Challenged
Book Description
A post-divorce memoir about a 30ish Caucasian woman in L.A. struggling to make a new chapter with a Japanese American man who carries the scars of the Japanese American Internment.
Website #1
Roadmaps for the Sexually Challenged
Website #2
Book Publicity by Marlan
Blog
Roadmap Girl's Book Buzz
Amazon Page
Roadmaps for the Sexually Challenged: All's Not Fair in Love or War
LinkedIn
Linked In
Facebook
Book Publicity by Marlan
Twitter
Twitter
Pinterest
Pinterest
YouTube
YouTube Channel
Location (city/state/country)
Los Angeles, CA / USA
Author bio
Marlan Warren is a publicist with Roadmap Communications and its subsidiary Book Publicity by Marlan in Los Angeles, and author of the memoir, "Roadmaps for the Sexually Challenged: All's Not Fair in Love or War." She is a reviewer with Midwest Book Review, and blogger for “Roadmap Girl’s Book Buzz” and “L.A. Now and Then.” Her nonfiction film “Reunion” was the official selection at several international film festivals, and her nonfiction film about the women of the Japanese American Internment, "What did you do in the War, Mama?: Kochiyama's Crusaders" is in post-production. She is also a journalist, playwright, and screenwriter. Yelp named her to its "Best Publicist in L.A." list in 2018.
Favorite Quote or Personal Motto

"It is never too late to become what you might have been." - George Sand