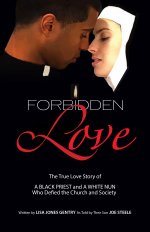 Genre
Authors
Most Recent Book Title
Forbidden Love
Book Description
The True Love Story of a Black Priest and a White Nun who Defied the Church and Society in 1950s America
Additional Book Titles
A Dead Man Speaks, under my former name Lisa Jones Johnson
Website #1
http://www.forbiddenlovememoir.com
Location (city/state/country)
Washington DC
Author bio
Lisa Jones Gentry is an NAACP Image Award and Literary Critics Award nominated writer and screenwriter. She worked as a television Executive Producer in Hollywood where she produced over a hundred hours of network, cable and syndicated television programming. She is a graduate of Harvard College and Harvard Law School and began her career as a corporate and entertainment attorney in New York.
Professional Speaker Topics
Digital Media: Transforming entertainment
Technology and Digital Media
The art of writing