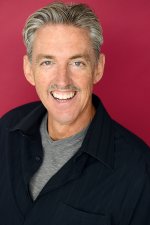 Genre
Authors, Publishing Industry Professionals, Speaker
Most Recent Book Title
Public Speaking For Fun and Money
Book Description
Do you fear public speaking? Whether you want to become a better speaker for fun, work, or to make big bucks on the speaking circuit this book is for you. Cliff Yates reveals all the secrets he has learned from thirty-five years as a police officer and a stand-up comedian which relate to fearless public speaking. Learn how to develop self-confidence on demand in any public speaking situation. Learn how to start where you are at, and take your public speaking to the next level. You will learn about stage presence, picking a topic, and the technical side of public speaking.
Additional Book Titles
Cops The Truth about Cops and why you should trust them
Website #1
http://www.cliffyates.com
Location (city/state/country)
Los Angeles
Author bio
Cliff spent 30 years as a police officer, working for the Los Angeles County Sheriff’s Department. While working at the Universal City Sub Station, a chance encounter with a local television producer, resulted in a television expose’ exposing Cliff’s double life as a cop by day and stand up comedian by night. Cliff has produced his own comedy concerts at the Roxy on Sunset, and the Hollywood Palladium. He recently filmed a one hour special for a DVD, at the El Portal Theatre in North Hollywood. Now retired from Police work, Cliff is working full time on his Acting and Comedy career.