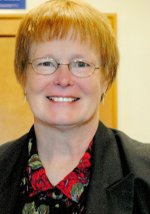 Genre
Authors, Speaker
Most Recent Book Title
Become Shamelessly Fearlessly YOU: How to Stop Hiding in Plain Sight
Book Description
A guide for making sure that the dash on your tombstone represents a lasting legacy for your loved ones.
Additional Book Titles
DeForest Kelley Up Close and Personal: A Harvest of Memories from the Fan Who Knew Him Best

Let No Day Dawn that the Animals Cannot Share

Floating Around Hollywood and Other Totally-True Tales of Triumph

Womb Man: How I Survived Growing Up in a Booby-Trapped World

Purposeful Christianity: Sharing the Verve and Value of the Prince of Peace

Kris’s freelance writing career was launched by actor DeForest Kelley more than forty years ago. It was Kelley who encouraged Kris to try Hollywood on for size, which she did from 1989 to 2003. Kris served as Mr. Kelley’s personal assistant and caregiver during the final months of his life and presented heartfelt sentiments about her mentor at Paramount Studios' memorial service for him in 1999. She has written two books about him: DeForest Kelley Up Close and Personal, A Harvest of Memories from the Fan Who Knew Him Best (2016) and The Enduring Legacy of DeForest Kelley: Actor, Healer, Friend.

In Hollywood, Kris served as an administrative assistant and secretarial floater to writers, producers and—later—information technology professionals at various studios. Most of her Hollywood career was spent at Warner Bros. Studios in Burbank where she served as an executive secretary for the VP of Software Development and as a Hardware Lease Administrator.

The author of ten books, Kris’s sixth title, Serval Son: Spots and Stripes Forever—a cautionary true story about what it’s like to own, and be owned by, a wild cat for seventeen years—reached the #2 and #4 spots at Amazon in two niche categories when it debuted in September 2011.

Kris’s seventh title, Settle for Best: Satisfy the Winner You Were Born to Be, is a chapter-by-chapter breakdown of the twenty commonalities of millionaire philanthropists as discerned by Napoleon Hill in his seminal 20th century work, Think and Grow Rich. Each chapter contains words of encouragement and instructions to entrepreneurs and anyone else who wants to leave a business, personal, or family legacy that will resonate for generations to come. Settle for Best stood at #1 in the Motivational Self-Help category at Amazon for three days when it debuted.

Kris’s newest (ninth) title, Womb Man: How I Survived Growing Up in a Booby-Trapped World has been touted by mental health counselors, psychologists and other professionals as an intimate, in-the-trenches account of what it’s like to be transgender (in Kris’s case, viewed as—and conditioned by —society to present as female because of her external anatomy when every aspect of her internal life has been male from childhood on.)

Kris loves dancing with words and interacting with people.
You can reach Kris at kris@wordwhisperer.net or by calling (253) 474-6240.

Elements of a Great Press Release

Wild Animals as Pets: Look Before You Leap

“Don't cry because it's over, smile because it happened.”