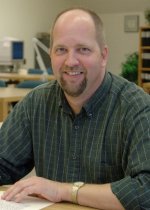 Genre
Authors
Most Recent Book Title
Conversations at Warp Speed
Book Description
Conversations at Warp Speed features insightful interviews with actors who were there at the inception of the original Star Trek television series (Grace Lee Whitney, George Takei, Paul Carr, and James Doohan). They share their memories of the science fiction phenomenon and are joined by others who appeared in later series and film incarnations (Robin Curtis, Nick Tate, Bibi Besch, Armin Shimerman, and Kitty Swink). Other interviewees include producer and writer Eric A. Stillwell ("Yesterday's Enterprise"), and the creator of Star Trek himself - Gene Roddenberry. Not only limited to their various involvements with the classic show, a number of the conversations in this book more deeply examine the careers, backgrounds, and other notable work of the performers and professionals. It also includes a talk with Star Trek fans Marlene Daab and Carol Jennings, and bonus interviews with Corinne Orr, Gretchen Corbett, and Barry Morse.
Additional Book Titles
Remember with Advantages
The Wit and Wisdom of Barry Morse
Website #1
http://www.AnthonyWynn.com
Location (city/state/country)
Texas, USA
Author bio
Anthony's interest in writing blossomed as editor of two independent periodicals, and his first published article (an interview with actor Martin Landau) was published in SFTV magazine. His work has also been published in issues of FILMFAX magazine. His stage play Bernard and Bosie: A Most Unlikely Friendship, has been performed in both England and the United States. He is co-author of the nonfiction books The Wit and Wisdom of Barry Morse, Merely Players, Pulling Faces, Making Noises, and Stories of the Theatre. Anthony is also co-wrote the definitive theatrical memoir of actor Barry Morse, Remember With Advantages, and Valiant for Truth: Barry Morse and his Lifelong Association with Bernard Shaw. His latest solo effort is Conversations at Warp Speed, a book of interviews with personalities associated with Star Trek, published by BearManor Media.
Professional Speaker Topics
Speaking on various subjects, including actor Barry Morse, Space: 1999 and Star Trek, Anthony has appeared on numerous television, internet and radio programs, as well as discussion panels at conventions throughout the United States and Canada.