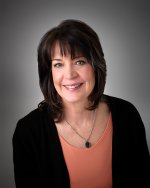 Genre
Authors
Most Recent Book Title
Brides of 1941
Book Description
In 1934, Dr. Lelia McLatchey Skinner and husband T. Wayne move back to their one-time residence in Sewell, Chile – a copper mining company town – to earn enough money to pay for their children’s educations. The catch? They had to leave the kids behind in America. Lelia’s guilt unfolds in letters addressed to her eldest daughter, Roberta, flooded with angst and worry.
Roberta lands on the campus of Smith College in 1937 at the onset of WWII. The college dating scene pairs well with her party-girl ways. Suitors are evaluated by the measure of her self-devised “man-score.” But in St. Pete, Florida, over Christmas break 1939, Buster Bedford, a Princeton “Tiger” graduate steps in. His studies at Columbia School of Law are interrupted when he enlists. As the Roosevelt administration strategically guides the nation toward U.S. involvement in WWII, Buster implores her to join him in an uncertain future and they rush to wed.
Brides of 1941 is an intimate glimpse into a Greatest Generation coming-of-age story woven around letters unearthed three-quarters of a century later. Robin and Buster’s youngest Baby Boomer daughter reveals it.

Website #1
https://www.bridesof1941.com/
Website #2
Spiky Pig Press, LLC
Blog
https://www.bridesof1941.com/blog/
Amazon Page
https://www.amazon.com/Brides-1941-Bonnie-Bedford-Park/dp/1732614008
Facebook
http://@spikypigpress
Location (city/state/country)
Park City/UT/USA
Author bio
New Jersey born Bonnie Bedford Park landed in the right place at the right time when she staked herself permanently in the Beehive State circa 1970s. When her mother asked, “What are your plans for coming back home?” Bonnie didn’t budge. Skiers and red rock arches were yet to dominate Utah license plates, but with a master’s degree in “Leisure Studies” she was paid to promote a sleeping giant – the resort town of Park City, Utah. That’s how she met her husband of thirty-six years. Fast forward to 1996 when Bonnie unfolded a career in public service from an office in the family laundry room with two young sons underfoot. As a recreation district administrator she called it quits seventeen years later. A turning point occurred when she began transcribing old family letters. The determination to write a book was cemented. In a narrative that honors generations of strong women and the families they hold together this first-time indie-author published Brides of 1941 in November 2018. It is the first in a trilogy.
Favorite Quote or Personal Motto

"You must do the thing you think you cannot do." Eleanor Roosevelt