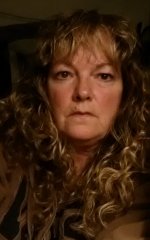 Genre
Authors
Most Recent Book Title
Little Histories
Book Description
Collection of 19 short stories, 10 of which are "creative nonfiction" (meaning they are based on my own experiences, but I took some creative liberties with them to make them more interesting to read!).
Website #1
Link to my self-published book of short stories on lulu.com
Blog
My blog that's supposed to be mostly about my writing, but ends up being about my work as a translator also!
Amazon Page
Link to buy my book of short stories on Amazon
LinkedIn
https://www.linkedin.com/in/patricia-magdalena-redlin-b7682b11/
Facebook
http://1957
Twitter
"SprachenHexe" means "Language witch"!
Location (city/state/country)
Auburn, Washington, USA
Author bio
Patricia Magdalena Redlin is the author of over 50 short stories, several chapters each of three novels, one memoir, and most of two other memoirs. She has spent much of her life immersing herself in various cultures and languages. She is half-Mexican/half-American and in addition to spending most summers as a child staying with relatives in Mexico, she also lived there for a year as a teen, attending high school. She lived for a summer in France and has a BA degree in French, as well as an MBA in international marketing and management. She lived and worked in Germany for four years. Patricia is fluent in Spanish, German and French. She also speaks Italian proficiently and can read Portuguese But don’t speak Portuguese to her. She will not understand you and will try to say she doesn’t speak Portuguese…and you won’t understand her.

Patricia has worked in international advertising and marketing, web content and promotional writing, sales, project management, airport customer service supervision, travel management, university extension program and course management, and television station marketing She has been self-employed as a translator, editor, and proofreader for all her languages for more than seven years.
Professional Speaker Topics
Learning multiple languages, growing up as a half-Mexican/half-American, living in other countries and loving it
Favorite Quote or Personal Motto