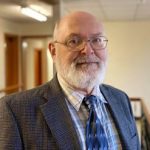 Genre
Authors
Most Recent Book Title
A Short Lesson in Christianity
Book Description
This is a book written especially for those who know little or nothing about the Christian faith. It is a great resource for those who want to know more about the Christian faith.
Additional Book Titles
Twelve Steps Past Hell
Life Sucks:Is There Hope For Me?
Alcoholics Anonymous:Then and Now
Lessons From the Bible
Website #1
Select Christ
Website #2
All about me.
Blog
WordPress Blog
LinkedIn
LinkedIn Profile
Facebook
Facebook
Twitter
Twitter
Pinterest
Pinterest
YouTube
YouTube
Location (city/state/country)
Tennessee
Author bio
Steve Holder was born and raised in the northeastern corner of the great state of Tennessee. He was a member of the Boy Scouts of America. His first job was washing dishes in a small hometown restaurant called The Dutch Maid. He later moved up in the world to Bob’s Car Wash and received a huge wage of $1 per hour.

He is also a veteran who served in the 101st Airborne Division of the United States Army. He volunteered soon after turning 18 years of age, and went through basic training at Fort Knox, Kentucky and later transferred to Fort Campbell, which is on the border of Tennessee and Kentucky.

Steve is also an ordained minister with a Doctor of Ministry degree from the Spirit of Truth Institute. He has done a lot with his ministry training over the years, including facilitating a Bible Study in a prison near his hometown, and writing an extensive Bible Correspondence Course with students all over the USA.

He has preached and taught at various churches over the years, and created websites to display his articles and announcements of ministry activities. He once published a monthly newsletter called The Anointed Lamb for his ministry that went by the name of Think God Ministries.

He is an accomplished writer with one piece of fiction and four non-fiction titles to his credit. His most recent book is actually his autobiography called No One Walks Alone, where he chronicles his issues with depression, anxiety, and addiction. He resides in east Tennessee where he spends his time writing, marketing his work on social media, and attending Bible studies.

He is a Freemason, and a Knight Templar, and is a proud member of Unicoi Masonic Lodge #681 in Unicoi, Tennessee, where he was awarded Mason of the Year 2018.
Favorite Quote or Personal Motto