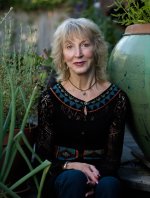 Genre
Authors
Most Recent Book Title
And Then They Were Gone: Teenagers of Peoples Temple from High School to Jonestown
Book Description
Of the 918 Americans who died in the shocking murder-suicides of November 18, 1978, in the tiny South American country of Guyana, a third were under eighteen. More than half were in their twenties or younger. And Then They Were Gone: Teenagers of Peoples Temple from High School to Jonestown begins in San Francisco, at the small school where Reverend Jim Jones enrolled the teens of his Peoples Temple church in 1976. Within a year, most had been sent to what Jones described as a tropical paradise, but which turned out to be a deadly prison camp. Set against the turbulent backdrop of the late 1970s, And Then They Were Gone draws from interviews, books, and articles. Many of the book’s powerful stories are told here for the first time.
Additional Book Titles
Walking Across the Pacific (poetry)
Website #1
https://www.judybebelaar.com/
Amazon Page
https://www.amazon.com/Then-They-Were-Gone-Teenagers/dp/0998709689/ref=sr_1_1?keywords=And+Then+They+Were+Gone&qid=1557183388&s=books&sr=1-1
Facebook
https://www.facebook.com/judy.bebelaar
Location (city/state/country)
UnitedStates
Author bio
And Then They Were Gone: Teenagers of Peoples Temple from High School to Jonestown (Sugartown Publishing, 2018), by Judy Bebelaar and fellow teacher Ron Cabral, is about the teenagers they knew who were sent to Jonestown in 1977. The book tells the story of some of their students, the few who survived, and many who perished in the tragedy of Jonestown, Guyana in 1978.
Bebelaar’s award-winning poetry has been published in more than fifty literary journals and appears in many anthologies: including The Widow’s Handbook (forward by Ruth Bader Ginsberg, Kent State University Press, 2014) and the Marin Poetry Center 20th anniversary anthology, Getting the News. Finishing Line Press published Walking Across the Pacific in 2014.
Bebelaar taught for 37 years in San Francisco public high schools. She found success helping her students find joy in writing their lives and publishing student work in anthologies and in a prize-winning multicultural literary/art calendar. Her students won many awards, including eight from Scholastic Magazine on the national level. Judy has been honored on the national level as well, including winning Scholastic’s, Whitehouse Women’s Leadership in Teaching award, in 2002. She currently hosts a reading series in Berkeley, Teachers Write; Writers Teach sponsored by UC Berkeley’s Bay Area Writing Project.