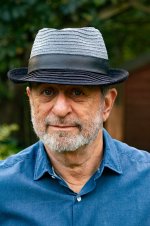 Genre
Authors, Speaker
Most Recent Book Title
Kabbalah: Secrecy, Scandal and the Soul
Book Description
This book tells the story of the mystical Jewish system known as Kabbalah, from its earliest origins until the present day. We trace Kabbalah's development, from the second century visionaries who visited the divine realms and brought back tales of their glories and splendours, through the unexpected arrival of a book in Spain that appeared to have lain unconcealed for over a thousand years, and on to the mystical city of Safed where souls could be read and the history of heaven was an open book.

Kabbalah's Christian counterpart, Cabala, emerged during the Renaissance, becoming allied to magic, alchemy and the occult sciences. A Kabbalistic heresy tore apart seventeenth century Jewish communities, while closer to our time Aleister Crowley hijacked it to proclaim 'Do What Thou Wilt'. Kabbalah became fashionable in the late 1960s in the wake of the hippy counter-culture and with the approach of the new age, and enjoyed its share of fame, scandal and disrepute as the twenty first century approached.

This concise, readable and thoughtful history of Kabbalah tells its story as it has never been told before. It demands no knowledge of Kabbalah, just an interest in asking the questions 'why?' and 'how?'
Additional Book Titles
The Talmud: A Biography
The Murderous History of Bible Translations
The Gospels' Veiled Agenda
Jerusalem Imperilled
Website #1
https://www.harryfreedmanbooks.com/
Blog
https://www.harryfreedmanbooks.com/blog/
Amazon Page
https://www.amazon.co.uk/Harry-Freedman/e/B003W3Q5VU/
Facebook
https://www.facebook.com/harryfreedmanbooks
Twitter
https://twitter.com/harryfreedman1
Location (city/state/country)
London, England
Author bio
I have been writing books and articles for many years but for most of that time it was something I did on the side, alongside my commercial career. In recent years I have been able to devote more time to my writing.

Before I started writing I had a varied and fascinating career, full of variety and change.

I started by setting up and running a wholefood restaurant in Devon. Since then I have run companies in property, construction, health care and consultancy and I’ve worked as a chief executive in the voluntary sector. For the last fifteen years or so I have been coaching people to help them make the most of their careers.

I discovered quite early on that I need variety as well as challenges. I went back to university, part time, and studied first for an MA and then a PhD, on an obscure Aramaic translation of the Bible. I started writing articles on academic topics and social issues, contributing occasionally to books and, when I got a bit more time, writing my own.

I’ve got two great, grown up kids, grandchildren, two adult step-children, a wonderful wife and I live in London, which is a fantastic city. I hope you will like my books, and, if you do, buy them and recommend them to your friends. I will be happy to send you a signed copy; you can order one from the Contact page.

I’m always glad to hear from people who are interested in what I do; please use the contact page to get in touch or email me on harry AT harryfreedmanbooks DOT com.