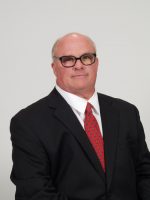 Genre
Authors, Speaker
Most Recent Book Title
"My Do's and Don't's for Raising a Bully-Proof Child."
Book Description
It is a "How to" book for parents. I try to teach parents what they "Should Do" and what they "Should Not Do" when it comes to teaching their child how to avoid becoming a target for bullies.
Additional Book Titles
Consistently Persistent, Living with the Tourette Trifecta.
Website #1
http://antibully-ing.com
Website #2
https://www.amazon.com/s?k=Markus+Horner&ref=nb_sb_noss_2
Blog
http://antibully-ing.com
Amazon Page
https://www.amazon.com/s?k=Markus+Horner&ref=nb_sb_noss_2
Location (city/state/country)
Sachse, Texas United States
Author bio
The book "Consistently Persistent" is my autobiography. Here is the nickel version. I was born with Tourettes Syndrome, OCD, and ADHD. My father was a violent Alcoholic. My mother was an addict, and my brother was both. I quit school in the 11th grade because I could not concentrate on school. I got kicked out of the Navy because in their estimation I could not "Adapt to military life. " I had not yet been diagnosed with the Tourettes Trifecta. That would not happen until I was almost 44.

Between June 24, 1971 ( The day I was discharged from the Navy ) and March 22, 1992 ( The day I was finally diagnosed ) I was fired more than 200 times in that 21 year period. That is NOT an exaggeration. The reason was always the same. "Mark, we like you. You are smart, and dependable. You work harder than anyone here. But you just do not fit in." I can't even begin to describe the feeling of relief when I WAS diagnosed. I finally knew that I was not crazy, and that I would not end up in a mental institution. During that same 21 year period I got married and divorced.

That was in 1980. She could not handle the issues surrounding the Tourettes, and apparently neither could anyone else. So I got remarried again in 1987. I married a woman from the Philippines. We have been married almost 33 years as of right now. She was a practicing Ophthalmologist when we met. Picture that. A lady doctor married to an illiterate redneck hillbilly from Peasant Grove ( Pleasant Grove. It was anything but Pleasant. ) in Dallas, Texas.

In late 1992 after I had been classified as 100% disabled by the Social Security Admin. I started a business doing residential maintenance. That lasted about 27 years. Along the way I worked some part time jobs to help make ends meet since the business had not yet started to make enough money to support us. I worked as a telemarketer for RCA for two years where I set five national sales records.

We have one daughter who is really special. Yes, I know. Every parent says the same thing. But you be the judge. She was a nationally published poet at the age of ten. She got her second degree black belt in Tae Kwon Do at 13. She was writing a regular teen Op-ed column for The Dallas Morning News at 15. She is now in graduate school working on her MBA in Strategic Management. I left out about a dozen other accomplishments that most people will never accomplish. So yeah. she is pretty special. Oh, and she is really good looking. Yes, I am totally impartial. Yes I am. Why don't you believe me. Would I lie to you? OK, it's my lie and I will tell it anyway I want to.

In about 2014, after being pushed for years about writing my life story I finally relented and started writing it. I finally published it sometime in 2015. Trust me when I say that in the interest of brevity I gave you the short version. There is a hell of a lot more that you don't know. Like the time I got caught .....Oh, never mind. You can read about it if you buy the book.
Professional Speaker Topics
Bullying and motivational. I tell the audience how I managed to survive by living the principle of "Consistently Persistent."
Favorite Quote or Personal Motto