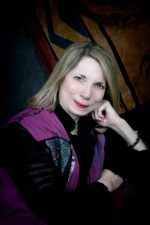 Genre
Authors
Most Recent Book Title
PATSY SWAYZE Every Day, A Chance to Dance
Book Description
I have written this book to honor and celebrate Patsy Swayze. I
hope that reading the stories of some of her students, colleagues,
and friends as to how they were influenced by her will showcase
what an icon and trailblazer she was and the extent of her influence
on them and on the world. Many of her students continue to carry
forward her legacy by following in her giant dance footsteps.
Patsy was an icon in the dance and performing arts world for decades as a dancer, teacher, mentor, and choreographer. Her work includes founding the Houston Jazz Ballet, teaching at the University
of Houston, running her own dance studios, and choreographing for
Theatre, Incorporated, Playhouse Theatre, and Hollywood movies.
She inspired thousands of dance students, many of whom went on
to become professionals in the performing arts, and instilled in all
students a strong work ethic and set of values. With that said, she was
most proud of her family and thought her greatest achievement was
being the mother of five children.
Of course, Patsy had one very famous student, her beloved son
Patrick, known as “Buddy” to family and friends. The book will touch
on the relationship between Patsy and Buddy. Another renowned
student is Jaclyn Smith, who kindly granted a full-length interview
about her experiences with Patsy. In her role as choreographer for
Urban Cowboy, Patsy taught dance steps to John Travolta, and that
will be covered as well.
Patsy was a pioneer in opening her dance classes and her heart to
all students, regardless of race, economic, or cultural background. and this was no small feat in the fifties and sixties in Houston. In addition, Patsy was known to be extremely philanthropic.
Patsy Swayze continues to touch the lives of multitudes of people,
including mine, for which I am grateful.
Additional Book Titles
PATRICK SWAYZE The Dreamer, The Fans' Love Story ENCORE, The Fans' Love Story
Website #1
https://www.likedirtydancing.com
Amazon Page
https://www.amazon.com/Patrick-Swayze-Dreamer-Sue-Tabashnik-ebook/dp/B074WHF7TP/ref=sr_1_3?keywords=sue+tabashnik&qid=1564455749&s=gateway&sr=8-3
Facebook
https://www.facebook.com/thefanslovestorydirtydancing/
Location (city/state/country)
Walled Lake, MI US
Author bio
ABOUT THE AUTHOR
Sue Tabashnik published her latest book PATRICK SWAYZE The Dreamer in September 2017. This book presents how Swayze’s focus on dreams for himself and others sustained him and guided him to live a zest-filled and hopeful life even while dealing with great adversity. Her earlier two unique Dirty Dancing tribute books were The Fans’ Love Story: How the Movie DIRTY DANCING Captured the Hearts of Millions! (July 2010) and The Fans’ Love Story ENCORE: How the Movie DIRTY DANCING Captured the Hearts of Millions! (December 2013). She became a fan of Patrick Swayze in 1988. She was an active member of the Official Patrick Swayze International Fan Club from 2000−2010, which included writing numerous articles for the club magazine. She had the good fortune to meet Patrick Swayze several times at movie screenings and benefit events from 2002−2004, which led her to become an even bigger fan. Sue has worked as a master’s level social worker since 1977. Sue has lived most of her life in the Detroit area.
Author website: www.likedirtydancing.com
In memory of Sue’s grandmother, Leah Tabashnik, and Patrick Swayze: A portion of the proceeds from the sale of my first three books will be donated to the Patrick Swayze Pancreas Cancer Research Fund at the Stanford Cancer Institute.

"I think we all need to remember that dreams are the fabric of the future and if you believe in those dreams , you can make them happen or re-discover an old dream. And just believe in yourself. And spread the love!"
Patrick Swayze