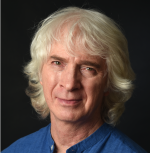 Genre
Authors
Most Recent Book Title
400 YEARS OF NEW YORK HISTORY: A PICTORIAL GUIDE
Book Description
Over the past four centuries, much of New York’s remarkable past has been buried deep in its core foundation. In his reconstruction of the city’s past Sasha combined the computer-generated-art technology with traditional art and photography. 400 YEARS OF NEW YORK HISTORY: A PICTORIAL GUIDE, the first in the VOSK TIME TRAVEL GUIDE series, offers readers an opportunity to view history in a manner that has not been possible thus far by offering a unique visual guide that bridges the distant past to the present.
This astonishing illustrated book will help students and tourists, as well as history lovers, time travel into the past and connect to New York’s incredible history.
Additional Book Titles
Book 1: NEW YORK as NEW AMSTERDAM-- 1600s
Website #1
http://WWW.VOSKTIMETRAVELGUIDE.COM
Location (city/state/country)
Brooklyn, NY 11222
Author bio
Sasha Vosk emigrated to New York from Russia in 1981. Greatly enjoying his newly acquired freedom of professional choice, he successfully pursued several career paths, ranging from being a sought-after photorealistic illustrator and a mural artist to an award-winning filmmaker and entertainment producer. He received Emmy and Telly awards for his productions of HBO’s film “Billy Crystal—Midnight Train to Moscow" and PBS’ “Moscow Circus: A Winter’s Tale.” Sasha was also a successful producer of the Moscow Circus' international tours.
Educated as an architect and photorealistic illustrator, Vosk started his professional life in New York as a busy illustrator. His work regularly appeared in a number of leading publications, including The New York Times.
A devoted New Yorker for 39 years, he is a history buff and a member of the New York Historical Society. Since he is strongly attracted to New York City’s history, Sasha had been looking for ways to recreate its lost visual past for over a decade. The answer came with the latest development of the computer-generated-art technology that Vosk combined with traditional art and photography. In this book, Sasha blends his studies of New York’s history with his professional expertise as an illustrator and an architect. Employing the technological tools of the 21st century, he led his computer-art team to capture the photorealistic images of New York from the time of the city’s birth.
He intends to devote his knowledge, passion, and experience to this terrifically exciting project, which is designed to bringing New York’s history to the forefront of the public’s focus.

Professional Speaker Topics
* It’s 21st century - time to innovate the way we present US history to the students if we want to keep them interested. The best way to do it — to speak the kids’ language - the HD imagery of computer games. Let the children time travel their way through 400 years of New York’s history
* “This is not just a book, each spread could be a 2-weeks of a classroom program” -Mary J. Scarlato - NY principal, PS31. And here is why
Get better aquatinted with New York’s Past - how historical events affected  transformational physical changes of One of Our Favorite Cities. How constraints of Manhattan’s space affected the development of the city throughout the centuries.
* Vosk’ Historical Research and Visualization, the Process and the Purpose- Why and How I Created this Work
* Why I Recreated the Past Views of Manhattan and reflected the glimpses into its 400 years life for the students and visitors of New York - Vosk’ Historical Research and Visualization serving the needs of these two primary groups for whom New York’s history is essential - the school students and tourists.
Favorite Quote or Personal Motto

I believe that the past and present are inseparable because they are parts of the same procession into the future.