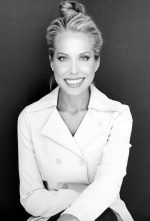 Genre
Authors, Speaker
Most Recent Book Title
Morning Song
Book Description
Philosophical Poetics
Additional Book Titles
Music within the Palette of Color
Website #1
http://kelelynvolpino.com
Blog
Follow Kele on Instagram
Facebook
Follow Kele on Facebook
Twitter
Follow Kele on Twitter
Location (city/state/country)
USA
Author bio
Kele Lyn (Stewart) Volpino was born in Indianapolis, Indiana and began her creative exploration in the early years of her childhood. Her love and devotion to the arts continue to nourish her unbound curiosity and passion for the process of composing her work which evolves each day through the transformation that takes place within the work itself and the artists relation to the unification of the occupied space throughout her connection to the work being created.

She is based in the U.S. and works mainly by commission.She exhibits nationally and internationally in private, solo and group exhibitions. She works in various genres and mediums preferring oils for her figurative and portraiture work, most of which she mixes herself and working in oils, acrylics, encaustics, pigments and a host of mixed media materials for her other modes. She enthusiastically embraces a good challenge which suits her vast range of versatility in the disciplines, mediums and styles in which she continues to emerge within.

The methods used are lengthy from the formulation of the maroger medium, the mixing of pigments, the thinly sliced layers of glaze allowing lights clear passage in between the colors. This is her favorite part, this allows her a most sensitive and empathic introduction to the story she is about to tell, for her this is the beginning of the dream before the key falls to the floor and you awaken. The process is the discovery. Each creation begins by sketching in pastels, watercolor pencils or charcoal. After, depending on the type of work, she will do a grisaille , underpainting build-up, then begin to apply the colors which are again built up with deep hues of mixed pigments and glazes in between.

No matter how much time passes perfection is always in constant pursuit. This process continues to delight in the amount of detail and variation of life breathing color it divulges thus resulting in a finish that is quite pleasing and can be smooth like porcelain or she may prefer a more textured state depending on the style she is working in. Though classically trained she maintains many worldly teachings she discovered prior to her education and incorporates them into her palette of techniques which enhance her uniqueness. She is delighted to work in a variety of styles such as figurative, portraiture, contemporary, modern, multimedia, mixed media, interactive, interdisciplinary and her own self-defined style of Surreal Existentialism which she founded and is described as emphasizing one's own definition of their existence and its relation to the world that surrounds us in thought, sensation, recollection and synchronicity within these variables so to perceive and construct ones own reality or realities thus allowing us to exist more fully and completely within them and to live like we love through our work which shares the greater portion of our lives with us. This philosophy is detailed throughout her work.

She has a deep love of metaphoric narratives that catch the audience off guard in their quest for delving into and piecing together all that envelops us hoping what needs to be taken in by each viewer is done so on a level that speaks to each one of individually. She is masterful at this, her work draws influences from a multitude of illuminations, cultures, inspirations, travels and an awareness of all that the world has to offer in any one moment. She has an appreciation for a refined technique that invokes the child within but with a resolutely attentive viewpoint that can be expressed in a multitude of styles and themes.

She began her education in sculpture with the world-renowned sculptor Martine Vaugel in Loire Valley, France where she perfected her skills and has broadened them to include mediums such as metal, marble, limestone, bronze, concrete, glass, GFRP, resin, acrylic, plaster along with environmental works embracing a full range of traditional landscape media infused with social concerns and science and philosophy.

Her work is in public, private and celebrity collections of those such as Jack Nicholson, Prince, Robin Williams, Eddie Murphy, Johnny Depp and many others. She has collaborated alongside fellow artists (and neighbors at the time) Robert Graham and Dennis Hopper while living in Venice, CA for many years.

She travels extensively and works to raise awareness for causes she believes in passionately such as human rights and social issues, children, animals, famine, poverty, bullying as she was severely bullied herself for most of her youth into teens and has offered her skills as a guest speaker and in art therapy to help children and teens heal and repair by, as she says "keeping what empowers them, recycling the rubbish and keeping their heads above the rest". She promotes arts education and supports women’s issues, disaster relief and environmental issues

She’s currently working solely with those who commission her work. Her affinity towards connecting with people, animals, nature and life in general, along with her deeply intuitive and spiritual nature find commissionership to be most fulfilling to her as a whole because of the collaborative effort that takes place, she says “it is the emanation of ones divine service within the arts for me, because it’s not about me, it’s a form of sensory intuition where you must be silent and listen, observe and breathe it all in then, get to work. Immediately the outline of the narrative begins to materialize based on what I feel an urgency to suggest throughout the work. Then comes the best part because based on which hemisphere of the mind is dominant, some will see one perspective and some another. My commissioners teach me a lot, the whole process is so selfless and giving, it’s one of the gifts I have to offer, and ALL are welcome to partake”.

She has also founded a new global arts facilitator for artists of all disciplines and is working on a project that will benefit those in need of alternative forms of healthcare that otherwise would be left without hope. She is well nourished by an inherent curiosity that she is passionately connected to. When she has a vision, her clarity and commitment are resolute, especially when engaged in creative challenges, this is where she shines. She has also worked in; theatre, documentary film, corporate/private commissioned installation artwork, fashion design, décor/furnishings, private landscape/environmental, designer/co-founder VOLPINO® with her husband which gave her the opportunity to host her own show in Tokyo, Japan for several years. She’s also a feng shui master which many of her corporate and private commissioners delight in having incorporated within their requests. She worked in the field with the Discovery Channel on a documentary film on the Bushman tribe and the indigenous tribes of Africa in photojournalism as well as maintained various professional roles in the arts and creative industries, living and working abroad. Kele’s interests are vast yet well mastered thus giving her great pleasure in working with those who need what she can offer as she values each experience knowing that they too, will add a subtle hue to her ever-evolving palette. She has always felt a mind without walls is the only way one can hope to resist stagnation henceforth imploring the constant rejuvenation of the source wherein ones’ creativity flows. Creative innovation is imperative to thrive in the arts as only the arts have such an ability to inform and engage viewers in the critical issues of our time. There is no other medium that has such power.

Kele became more involved in illuminating the world's struggles and in trying to promote the arts overall. As she says, "There is always more to do" and life has drawn her creatively to explore it at great depth, she's a "doer", an all or nothing type. As her childhood friend disclosed in a recent phone interview "I have witnessed her "otherworldliness" when at work, she is who she is and does what she does because it is inherent to her, she needs it like the rest of us need sleep, food etc., it feeds her and it was given to her and her alone, she’s a finely tuned empath that feels in a way most of us can't or don’t know how to. It’s easier for most of us not to feel that which calls out in the most familiar voices within whether it’s good or bad sometimes we just want to walk past it... to not know the depth of our being, but she seeks it, happy or sad it is a necessity for her, in her words, "Our "Why?" lies within our fundamental questioning of it", having been close to her, to see her in this magical world that she envelopes is like watching the innocence of a child exploring a new world, a world they have not seen before and then suddenly they become in love for it, unable to detach... I speak to her and she is gone, but she is there.... she is creating it.”

If in some way I have made your life better, then my time here has been traded as was intended... for love ~ Kele