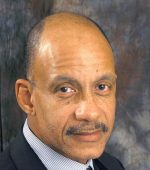 Genre
Authors
Website #1
http://www.collegeandparents.com/
Website #2
http://fjtalley.com/
Location (city/state/country)
Lexington Park, MD, United States
Author bio
F. J. Talley is a career educator whose career has spanned four decades. Through the years he has served as a Dean of Students, Associate Provost, and Vice President, in addition to being a small college President. He has been privileged to worked at institutions in six states, and in both public and independent institutions. While his career began in Student Affairs, he has also taught undergraduate Psychology courses at two schools, and graduate courses in Student Personnel and Higher Education at Rowan University.

There is always a Plan "B"