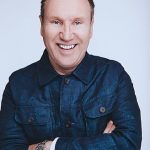 Ron began his writing career in Liverpool, England, as a trainee reporter. He went on to work on regional newspapers, magazines, radio and national television. He obtained a US Daytime TV exclusive when he secured an interview with Saddam Hussein son's former personal assistant - for the budget-friendly price of a cheese and pickle sandwich. He and his dog are part of a giant Yoko Ono photo exhibit, called The Smiles Project.

Ron is a member of the Non-Fiction Authors Association.
Ron is also a multi-award-winning TV and Digital producer. He has been at the helm of popular shows such as Blown Away on Netflix, Undercover Boss and Next Top Model.

To find out more about his work as a television showrunner and development executive, please visit: www.factandfriction.com.