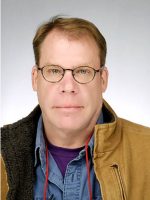 Genre
Authors
Most Recent Book Title
Korea 1910
Book Description
Japan's annexation of Korea in 1910-through foreign voices
Additional Book Titles
Ahn Jung Geun - His life and times
Website #1
http://myahnjunggeun.com
Location (city/state/country)
CT, USA
Author bio
Young has spent the majority of his life on the road. He is a native of Connecticut but was raised in Athens, Greece. After obtaining degrees from Southern Connecticut State University, he moved to Asia. Young first became interested in Ahn Jung Geun while living in South Korea, where he taught ESL (English as a Second Language) at the university level for over twenty years. Korea - 1910 is Young’s first historical publication. He has also published in the field of entomology in South Korea. Young currently resides and teaches English in Madison, Connecticut.