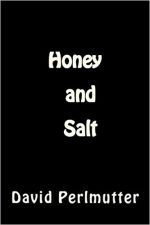 Genre
Authors
Most Recent Book Title
"The Encyclopedia Of American Animated Television Shows"
Book Description
A listing of animation television programs from the United States from 1948 to 2016.
Additional Book Titles
"America 'Toons In: A History Of Television Animation"
Amazon Page
http://www.amazon.com/author/dkp
LinkedIn
http://www.linkedin.com/davidperlmutter
Facebook
http://www.facebook.com/DavidPerlmutterCanadianspecfichistorywriter
Twitter
http://www.twitter.com/@DavidPerlmutt10
Location (city/state/country)
MB
Author bio
David Perlmutter is a freelance writer based in Winnipeg, Manitoba, Canada. His published works include the non-fiction books America ‘Toons In: A History Of Television Animation (McFarland and Co.) and The Encyclopedia Of American Animated Television Shows (Rowman and Littlefield); as well as a number of speculative fiction collections and novellas, including Orthicon (September 2020). His short stories can be read on Curious Fictions at Curious Fictions/David Perlmutter, and at Medium. com. He can be reached on Facebook at DavidPerlmutterCanadianhistoryspecficwriter, Twitter at @DKPLJW1, and Tumblr at The Musings of David Perlmutter (yesdavidperlmutterfan), and can be supported at Patreon at www.patreon.com/davidperlmutter22 and at Ko-Fi at www.ko-fi.com/davidperlmutter.