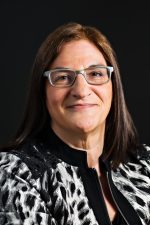 Genre
Authors
Most Recent Book Title
Private Love, Public School - Gay Teacher Under Fire (forthcoming September 2020)
Book Description
Gerry Crane had hit his stride. A talented high school music teacher, he was loved by students and parents—lauded as one of the best teachers at his school. Gerry had reconciled his conservative religious upbringing with his identity as a gay man, finding an affirming spiritual home in a local church. He enjoyed a close circle of loving friends and had found the love of his life. In October 1995, Gerry and his partner exchanged vows in a private commitment ceremony.

By the time Gerry returned to work the following week, word had spread that he had married a man. The once loved teacher was vilified. Parents removed their children from his classes. Most of his colleagues ostracized him. The school board publicly declared that “individuals who espouse homosexuality do not constitute proper role models as teachers” and pledged to investigate and monitor Gerry. Ministers and churches joined the fray, proclaiming contrasting views about Christianity and homosexuality. As these events unfolded under the glare of the local and national media, Gerry’s life became agonizing.

Disturbing and deeply moving, Private Love, Public School recounts the true story of what happened when members of a midwestern community demanded that their religious beliefs be imposed on a public school—and the school followed suit.

Website #1
http://www.christineyared.com/
Blog
http://www.christineyared.com/blog
LinkedIn
https://www.linkedin.com/in/christineyared3/
Facebook
https://www.facebook.com/gayteacher
Location (city/state/country)
Grand Rapids, Michigan
Author bio
Christine has been practicing law for over three decades. She has consistently been an advocate for lesbian, gay, bisexual, and transgender people, as an attorney, writer, speaker, educator, and activist. Christine has fought against discrimination based on LGBTQ identity, gender, race, religion, ethnicity, and against sexual harassment. As a writer, public speaker, and trainer, she has shared her expertise and experiences with social and nonprofit organizations, educators, students, social service professionals, religious groups and businesses.

She has engaged in community service for national, state and local nonprofit organizations and professional service for legal and educational associations. She is a member of the Michigan Bar Association, Authors Guild, Nonfiction Authors Association, and Alliance of Independent Authors. Her work has been informed by her personal experience as an Arab American, lesbian, parent, and wife.

Christine has had leadership roles with nonprofit and professional boards and committees, including:

Structural Racism – Social, Historic, and Legal Causes and Anti-Racism Action
Reflections on the Legal System – A Critique Based on 35 Years in the Practice
Writing A Book –Process, Craft, and Business Considerations
The First Amendment – Why It Should Be Your Most Cherished Amendment
Sexual Harassment, Assault and Retaliation After the #metoo Movement