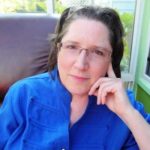 Genre
Authors
Most Recent Book Title
Elijah Lovejoy's Fight for Freedom
Book Description
Two decades before the Civil War, Elijah P. Lovejoy used his newspaper to demand an end to slavery - dangerous beliefs that turned deadly as mobs repeatedly destroyed his press and then took his life. Lovejoy’s death turned slavery into a national debate and helped mobilize the abolitionist movement. It also made people more committed to protecting free speech and freedom from punishment by private citizens. This is the life story of a man who insisted on his constitutional right to speak freely about unpopular subjects and refused to be intimidated by those who would silence him. Just days before his murder, Elijah told a crowd, “Think not that I regret the choice I have made. While all around me is violence and tumult, all is peace within.”
Additional Book Titles
Picture Perfect Accessories
Girls Research
Snappy Style,
Adorable Accessories
Robert Wadlow: The Unique Life of the Boy Who Became the World’s Tallest Man
Nina Kosterina: A Young Communist in Stalinist Russia
Website #1
http://jenniferphillipsauthor.com
Amazon Page
https://www.amazon.com/Jennifer-Phillips/e/B002U4F12Q?ref_=dbs_p_pbk_r00_abau_000000
Facebook
https://www.facebook.com/AuthorJenniferPhillips
Twitter
https://twitter.com/jjpseattle
Pinterest
https://www.pinterest.com/jjpseattle/
YouTube
https://www.youtube.com/channel/UCnk2n9ho_0lUgOMr-Ptxysg
Location (city/state/country)
Seattle, Washington
Author bio
I have been a writer for many years, starting out in newspapers before leaping to corporate communications and then leaping to the healthcare world. Along the way, I became interested in children's writing and have been starting to enjoy success with my work. I have written for different ages but seem to be gravitating toward middle grade and teens. I like to tackle both magazine and book projects.

I've been able to try many fun and interesting things so far in my life. For example, I started out reporting on crime and court stories, hanging out in police labs before shows like CSI made crime investigation so popular. I've ridden in helicopters while doing public relations for an aircraft manufacturer and watched surgeries as part of my work in healthcare.

My husband and I have always been big on travel, going near or far depending on the time and money we have. Our family loves exploring the beautiful Pacific Northwest (yes, we've been to Forks, Washington, home of the famous Twilight series), nearby Canada and the Western states. But travel has also taken me to England, Scotland, Italy, Greece, Australia, China, Japan, Thailand and Vietnam. I hope to see more of the world when I can!

I grew up in Alton, Illinois and this Midwestern upbringing in the 1960s and 1970s has been fueling some of my writing projects. Two of my biographies are "hometown-inspired" projects--the stories of Elijah Lovejoy and Robert Wadlow. But I don't limit myself to my own backyard. You often can find great stories right under your nose.
Professional Speaker Topics
Creativity practices, jump starting your writing