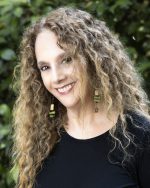 Genre
Authors
Most Recent Book Title
Since I Lost My Baby: A Memoir of Temptations, Trouble & Truth
Book Description
When what you believe turns out to be a lie, how far will you go for the truth?

SINCE I LOST MY BABY is Selimah Nemoy's 1960s/70s coming-of-age memoir about her Motown-infused journey of loss and redemption, and the power of soul music that brought her through.

As L.A.'s Sunset strip riots are in full swing, and San Francisco braces for the 1967 Summer of Love, seventeen-year-old Selimah is released from a home for unwed mothers - a last century relic of social shame and punishment - where she's been forced to relinquish her newborn baby for adoption and told to "just go home and pretend it never happened." Not likely. Outside the cloistered home, an insurgence is taking place. Backlash to the archaic values that made Selimah a prisoner of love is exploding. So are protests and urban uprisings. There's no longer any way (or reason) to pretend. Instead, Selimah joins the social-sexual revolution, searching from Los Angeles to Oakland, Barcelona, and Hawaii for love, the Big Truth, and ultimately, her daughter. Their spectacular reunion 24 years later is captured on the Oprah Winfrey show. This is the true story of a resilient seeker who refuses to give up.

Website #1
https://www.selimahnemoy.com
Blog
https://www.selimahnemoy.com/read-1
Amazon Page
https://www.amazon.com/Selimah-Nemoy/e/B089NJT773/ref=dp_byline_cont_pop_book_1
Facebook
http://facebook.com/selimahnemoy
YouTube
https://www.youtube.com/channel/UCLsjAlrJM8KTvzNeX3ZmeZg?view_as=subscriber
Location (city/state/country)
Los Angeles, California, USA
Author bio
Selimah Nemoy is a storyteller, journalist, and author. Born in Los Angeles, her coming-of-age journey was shaped by soul music in the 1960s, then by the turbulent, multicultural 1970s in the San Francisco-Oakland Bay Area. It was in Oakland that she became a student of African dance and gospel music.

Selimah served with the White House Press Corps at the 1994 G7 (President Bill Clinton), and as the English editor for both an Italian-American newspaper and a Japanese-American newspaper. Her play "The Daddies" was performed at the Buriel Clay Theatre in San Francisco, and she received first prize for her short story "Goodbye" at the Santa Barbara Writers' Conference.
Professional Speaker Topics
Life in a Last Century Home for Unwed Mothers, Adoption-Reunion, Family-of-Origin, California and Multiculturalism in the 1960s/70s, The Power of Soul Music (Motown, Stax, Gospel), Personal Liberation from Being a Victim, The Impact of Domestic Violence, The Search for Love and Truth, The Calligrapher's Daughter.
Favorite Quote or Personal Motto

"Many of life's failures are people who did not realize how close to success they were when they gave up." - Thomas Edison