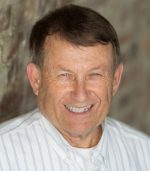 Genre
Authors
Most Recent Book Title
Servants on the Slopes
Book Description
An inspirational memoir and the stories of three other men, all of whom share the unique distinction of starting ministries at ski resorts, a little-known niche of Christian outreach. The inspiration comes from God's intervention as these men dealt with everything from drug use to mental illness to unwanted divorces and job losses. As these stories illusrate, God's faithfulness to those who trust him is real and powerful.
Website #1
http://www.skirevpress.com
Amazon Page
https://www.amazon.com/Servants-Slopes-Stories-Failure-Miracle/dp/0997198710/ref=sr_1_1?dchild=1&keywords=servants+on+the+slopes&qid=1604957378&sr=8-1
Facebook
https://www.facebook.com/skipschwarz.author
Location (city/state/country)
Hiram, GA USA
Author bio
Raised in a Christian home, the son of a pastor, Skip vowed to stay out of the ministry, certain that to enter it was to forfeit the family life he so deeply wanted. Then, when attending Officer Candidate School at Ft. Benning, he experienced God's forgiveness through a fellow soldier, forever changing his heart. Interestingly, he didn't even know he needed Christ's forgiveness until after he received it. After finishing college and seminary, he started a free-lance youth ministry in Maine, was married three years later, and pastored churches for the next ten years. For reasons unknown at the time, his first wife divorced him. Shortly afterwards, God moved him to three small churches near Sugarloaf Mountain, Maine's largest ski resort at the time. In finishing up a Doctor of Ministry program, he sensed God's call starting ministries in resort areas. In the beginning, he would go to summer resorts and spend winters at Sugarloaf. Then, in 1990, following his remarriage, he and his bride Joyce moved to New Hampshire to start a year-'round ministry at Loon Mountain, from where he retired in 2013. He started his writing career in 2005, and published the first edition of Servans on the Slopes in 2016, followed by the second edition in 2018. Following his retirement in 2013, he and Joyce moved to Maine for six years, and then to Georgia in 2019. Between them, they have five children.
Favorite Quote or Personal Motto

If you want to hear God laugh. . . tell him your plans.