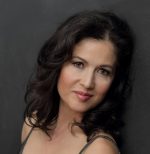 Genre
Authors
Most Recent Book Title
My Name Is King Ying
Book Description
My Name Is King Ying is due out in late 2021 as a Bound To Brew publication. It is a first-generation coming of age tale of courage, resilience, and new world dreams, a work of Chinese American history told through one family’s experiences.

King Ying is one of eight living in a one-bedroom apartment behind her father’s laundry business in Depression-era Detroit. As the eldest child, she stands on a box to fold and iron clothes. She wishes she could understand her teacher, make friends at school where racist taunts sting her, and make her father slap her less when she just wants to fit into American culture.

Someday, she vows, she’ll own a real home and dress with the elegance of her Jane Arden paper dolls, but when disaster strikes, she and siblings are sent far from her hopes to China to live with a new step-mother. In the remote village of Tai Ting Pong, she must overcome a deadly superstition and Japanese invasion before pursuing the American dream.

At sixteen, she returns to the U.S. and thinks it’s a fresh start, but cultural expectations leave her feeling trapped until she must break with what she has been taught to value or lose her chance for authentic happiness.
Website #1
Karin K Jensen's LinkTree
Blog
http://karinkjensen.blog
Amazon Page
https://www.amazon.com/Karin-K-Jensen/e/B0784PRY7S?ref=sr_ntt_srch_lnk_1&qid=1616178831&sr=8-1
LinkedIn
https://www.linkedin.com/in/karinkjensen/
Twitter
http://@KarinKJensen1
Instagram
http://karinkjensen
Location (city/state/country)
Alameda, CA
Author bio
Karin K. Jensen is a freelance writer, a professional member of the Author's Guild, and a member of the Nonfiction Authors Association. She participates in the "To Live and Write" Facebook writing/critique group, which includes New York Times best-selling authors of traditionally published books. She recently signed to have her debut manuscript published by Bound to Brew. Ms. Jensen most frequently writes stories, reviews, and articles for News Break.
Favorite Quote or Personal Motto

If you want to see the true measure of a man, watch how he treats his inferiors, not his equals -- Sirius Black.