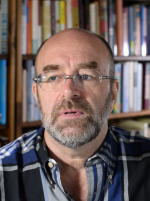 Writing about Tokyo for over 15 years, essayist and professor Michael Pronko unlocks the doors to Tokyo life. These 48 essays reveal what’s hidden behind the gleaming exteriors and unconcerned faces in the largest, most crowded city in the world.

How to sweat politely, survive noise trucks and glance sideways are some of the many skills needed to live in Tokyo, but these tricks of daily life also contain deep meanings. Pronko’s essays muse over the minutest of details, everything from window flowers to moments of eye contact to the gestures needed to navigate crowded spaces. If you’re traveling to Tokyo, living there or just thinking of going, these essays point you toward the rich byways and fascinating undercurrents of Tokyo life.

As in his first collection of essays, Beauty and Chaos, Pronko examines Tokyo as a city, a culture and an overpowering experience. Tokyo’s Mystery Deepens explores the enigmatic sides of Tokyo with humor, delicacy and a large dose of healthy confusion.