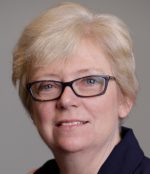 Genre
Authors
Most Recent Book Title
Friend Grief and the Military: Band of Friends
Book Description
“They were killing my friends.”

That was how Medal of Honor recipient Audie Murphy justified his heroic actions in World War II. As long as there have been wars, men and women in the military have watched their friends die. Experts warn that delaying our grief will complicate our lives. But what about those who have no choice but to delay it until the battle is over?

In Friend Grief and The Military: Band of Friends you’ll meet military and non-combatants who struggle with the grief and guilt of losing their friends. You’ll learn, too, in the amazing ways they help each other, that “leave no one behind” is a life-long commitment.

Additional Book Titles
Friend Grief and 9/11: The Forgotten Mourners
Friend Grief and AIDS: Thirty Years of Burying Our Friends
Friend Grief and Anger: When Your Friend Dies and No One Gives a Damn
Blog
http://www.friendgrief.com
Amazon Page
http://www.amazon.com/Victoria-Noe/e/B00C02LTRE/ref=sr_ntt_srch_lnk_1?qid=1422301169&sr=8-1
LinkedIn
https://www.linkedin.com/profile/view?id=27904455&trk=nav_responsive_tab_profile
Facebook
https://www.facebook.com/pages/Friend-Grief-Victoria-Noe/311577488858067
Twitter
https://twitter.com/Victoria_Noe
Pinterest
https://www.pinterest.com/VictoriaNoe/
Location (city/state/country)
Chicago, IL
Author bio
I’ve been a writer most of my life, but didn’t admit it until 2009.

After earning a master’s degree in Speech and Dramatic Art from the University of Iowa, I moved to Chicago, where I worked professionally as a stage manager, director and administrator in addition to being a founding board member of the League of Chicago Theatres. I discovered I was good at fundraising, and ventured out on my own, raising millions for arts, educational and AIDS service organizations, and later became an award-winning sales consultant of children’s books. But when a concussion ended my sales career, I decided to finally keep a promise to a dying friend to write a book.

That book became a series of small books. The first three – Friend Grief and Anger: When Your Friend Dies and No One Gives A Damn; Friend Grief and AIDS: Thirty Years of Burying Our Friends and Friend Grief and 9/11: The Forgotten Mourners were published in 2013. Friend Grief and the Military: Band of Friends, was published in May, 2014. The fifth book, Friend Grief in the Workplace: More Than an Empty Cubicle and the final book in the series are coming in early 2015. After that? Two more books are in the early planning stages, but I’m too superstitious to reveal anything about them.

In my copious spare time, I feed my reading habit by reviewing a wide variety of books on BroadwayWorld.com. A native St. Louisan, I’m a lifelong Cardinals fan and will gladly take on any comers in musical theatre trivia. My website, www.FriendGrief.com, was named one of the top ten grief support websites in 2012. You can follow me on Twitter @Victoria_Noe, where you’ll find tweets on writing, grief, friendship, and occasionally, Hugh Jackman.

The Generation Gap in the AIDS Community

On the Outside Looking In: Adventures of a Straight Woman in the AIDS Community

How to Help Veterans Grieving Their Friends