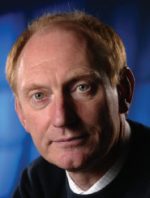 Genre
Authors, Speaker
Services Offered
Authoring, ghostwriting, collaborator for biography, family history
Most Recent Book Title
The Albert Palace
Book Description
Nearly as long and as tall as the Houses of Parliament, it was the other Crystal Palace. It was one that no-one talks about; no-one remembers. Barrel-vaulted, cast iron and glass, it looked just the same as the 1851 Crystal Palace, by then transferred many miles out of London to piece of flat land in Sydenham. The difference was this. The Albert Palace was built within two miles of Hyde Park Corner.

The Albert Palace opened on a wet Whitsun day in May 1885.  By September that same year its owners were in receivership. There followed nearly ten years of Jarndyce-style squabbling between the government that wanted its real estate back to sell off for houses, the owners who thought that collapsing the company would make their debts disappear and the creditors who just wanted to get paid.

But the Albert Palace did not begin its existence in a corner of Battersea Park. It had once lived another life in Ireland.

The story is about the people that touched the building. That list includes two Lord Mayors of London; the shopkeeper with a taste for making money from the oriental named Arthur Lasenby Liberty; designer Christopher Dresser; the founder of Price Waterhouse Coopers; a plainly dishonest minister of the Crown; a disgraced company promoter whose colourful prospectuses had led many to invest in dubious public companies; a man who once built the largest pipe organ in the world inside his house; an impresario who afterwards went on to ‘invent’ seaside holidays; along with 47 Indian craftsmen and performers 'imported' from Calcutta and abandoned in south west London.
Additional Book Titles
Carnegie, Lord of Steel
Rockefeller, Lord of Oil
The Day They Hanged a Banker

Website #1
http://actonbooks.com
Location (city/state/country)
Sudbury/Suffolk/UK
Author bio
Martin Hedges was an international business journalist, though nowadays he lives in Suffolk, England. He bores the evening away about his three claims to notoriety; being hit with a golf club in an affectionate manner by CNN boss Ted Turner, introducing Geldof to disgraced publishing mogul Robert Maxwell with a triumphant ‘Bob, this is Bob’ and having a pair of pink leather sneakers stolen at gunpoint by a shoeless Syrian soldier at a Beirut checkpoint.
He has loved history since childhood, though a low point in this amour was school, with its ‘wax on, wax off’ repetition of kings, battles and indistinguishable, undistinguished 19th century Prime Ministers such as Lord Liverpool and Viscount Melbourne. You might say it was the Pitts.

Professional Speaker Topics
Food and Drink in 19th century that could and would kill you
The Miser and the Murderer, two very strange lives in one small village
Frauds, Scams and Confidence Tricks from History
Favorite Quote or Personal Motto